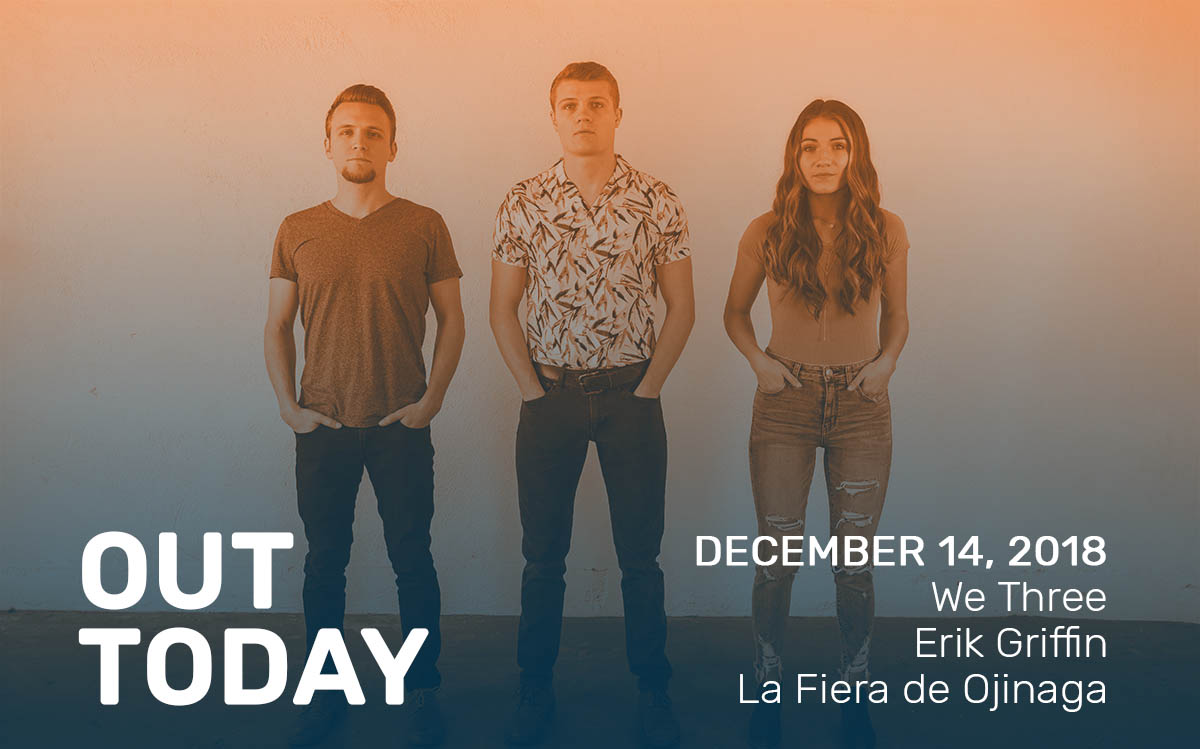 Whether it’s your first time reading or you’re an Out Today regular, we’re happy to welcome you to our weekly update highlighting some of The Orchard’s special releases hitting the stores this week.

With hits like “La Boca Les CallamoLa Boca Les Callamos,” “Me Derrumbé A Tus Pies” as well as medleys like “Mi Mirada / A Causa De Tu Amor” La Fiera de Ojinaga have returned with their twelve-track album brought to you by Azteca Records. Titled Íntimamente, the first single “Imposible y Prohibido” has earned over 1.5 Million views on YouTube. La Fiera de Ojinaga were recently named “Pandora Radio’s Latin Artists To Watch in 2019” and will soon be performing a live on Univisión at “Serenata a la Virgen de Guadalupe” in San Antonio. Enjoy the new record and expect to see a ton of  La Fiera de Ojinaga in 2019.

America’s Got Talent sweethearts, We Three (Palawan Productions), are siblings and also a band. The trio made up of Joshua (piano and drums), Bethany (bass) and Manny Humlie (guitar), are three Oregon-natives who have brought a mix of country, a mix of pop with their self-titled debut album. The full-length is out in the world today and offers songs for fans of both.

The siblings brought fans and judges to tears on the America’s Got Talent stage with a heart-melting performance of “Heaven’s Not Too Far,” written from the perspective of their mother who sadly passed away from cancer.

Other must-listen tracks include “Lifeline,” “Timeless” (you’ve got to listen to that guitar riff), and “Fairy Tale.”

Lighten up your week with a belly full of laughter courtesy of Erik Griffin. The Comedy Dynamics album AmERIKan Warrior hits stores and services today and captures Erik’s second Showtime Special. He’s been featured on popular podcasts like Bobby Lee’s TigerBelly and even hosts his own: Riffin With Griffin. Look familiar? You may recognize Erik from his role on Workaholics as Montez Walker or from films such as Mike and Dave Need Wedding Dates. Listen along on your commute –his honest metaphors are sure to put a smile on your face.