Out Today by The Orchard: Snarky Puppy, ViVii & More 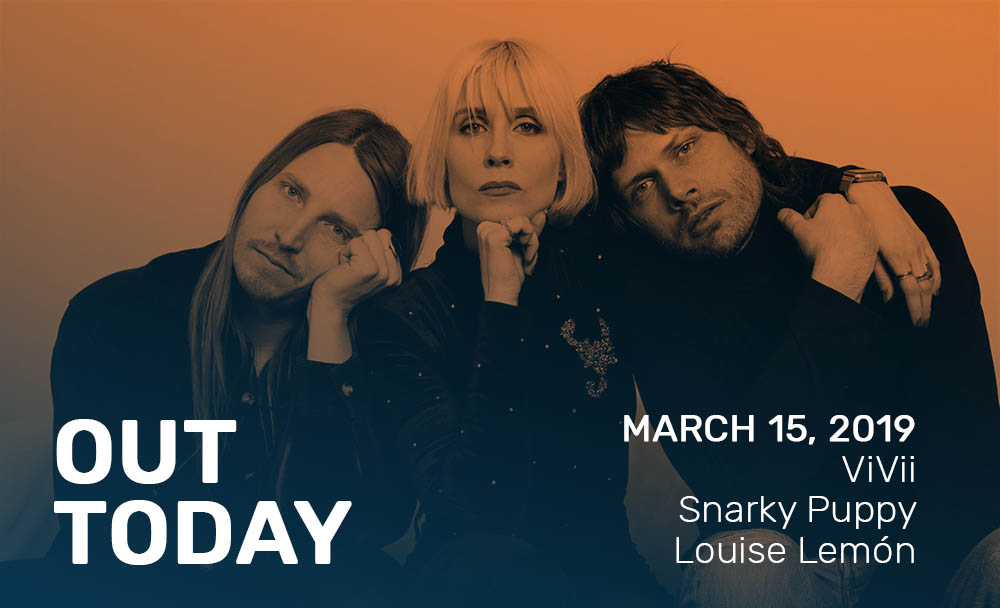 From a bus-sized band to a dream pop debut and even an artist described as death gospel… we’ve got a full range of groups to complete your musical pyramid. Dive right in for a well balanced serving of new music Out Today.

Snarky Puppy — made up of 19 musicians from all over the world — is back with their newest album Immigrance via GroundUp Music. The album kicks off with “Chonks” — a groovy concoction intro to what’s to come. Every moment, every instrumentation, every sound makes you want to move. Just when you think you’ve mastered each song, there’s another variation, change in direction, making this a true musical soundtrack — to your own feature film. It’s been a few years since a Snarky Puppy record and Immigrance proves that they are here to stay. Welcome back.

Led by bassist Michael League, Snarky Puppy has a diverse worldwide audience. In a recent interview with Rolling Stone leading up to the album release, Michael says he “never knows what kind of music head will be sitting in the front rows.” For more than 15 years, Snarky Puppy has been making a range of music and they don’t fit in any particular genre. Listen to the music and you’ll understand why. In the words of Michael, Snarky Puppy is all about “fluidity, motion, and ‘being in a constant state of migration.” Get a taste of it below and don’t wait a beat on this release!

From Icons Creating Evil Art, Louise Lemón releases her brand new album A Broken Heart is an Open Heart. Described by Pure Volume as “Enchanting, mysterious and ethereal,” Lemón is both soulful and dark creating a full yet airy sound of her own. The record is mixed by Randal Dunn, a producer known for his work with Thurston Moore and Sun O))) and Chelsea Wolffe, adding a certain style that helps illuminate the depth of Louise’s vocals. Get a sample of the death gospel below and listen to A Broken Heart is an Open Heart, out now.

A new team on the scene, ViVii have already become festival regulars with recent performances at Reeperbahn Festival, Eurosonic, London Calling, by:Larm and more. The word of ViVii is spreading fast and now the duo accompanied by a working third, release their first full length and self-titled album, ViVii via Dumont Dumont. Comprised of childhood sweethearts turned husband and wife, Emil and Caroline Jonsson along with Anders Eckeborn, the group has been a long-time musical experience in the making. Now the trio delivers catchy indie-pop with a sonic familiarity Earmilk compared to Lana Del Ray. With only an EP thus far and favorable press consistently rolling in, check out what Indie Shuffle has described as “dizzying synth-pop explosion chock full of charming melodies and gentle harmonies.”