From Latin global hits to K-pop, jazz to indie-rock, folk to metal, and anything in between or undefinable, our distributed artists here at The Orchard are an eclectic group. We’re proud to work with artists and labels across the globe that represent a diverse range of genres. Let’s take a moment to reflect back on some incredible releases we saw in 2019 across all genres.

Winning New Artist of the Year at the 2019 Billboard Latin Music Awards and Artist of the Year at the Latin American Music Awards, 2020 will be the year of Anuel AA, if 2019 was only a preview. Anuel released ‘China’ — a contagious collaboration with Daddy Yankee, Karol G, Ozuna, and J Balvin. ‘China’ landed #4 on YouTube’s most watched video of the year. But the song has been taking over the Hot Latin Songs chart since its release, landing #1 its third week, and peaked at #1 on the Hot 100, spending 22 weeks on the chart. Wrapping up 2019, ‘China’ has spent plenty of time on Spotify’s Global Top 50 and Viva Latino playlists.

In the spring, Welsh singer-songwriter Cate Le Bon released her fifth album, Reward. The indie-rocker received an immense amount of recognition and praise for the album. She found herself on the ‘Best Albums’ or ‘Favorite Songs’ lists of twelve publications! Reward was listed #22 on Pitchfork’s 50 Best Albums of 2019 and the single “Daylight Matters” was #29 on Pitchfork’s “100 Best Songs of 2019”. Pitchfork wrote, “With everything in its just-right place, Le Bon’s precise touches on Reward are prizes in their own right”.  The album also landed spots on: Uncut, The Guardian, Mojo, Stereogum, Paste (Daylight Matters), PopMatters, The Quietus, and Slate. The music industry seems to all be in agreement that Reward was a momentous and important album of 2019.

Avant-garde hip-hop artist billy woods was born in Washington D.C, raised in Africa, and matured in New York City. He first appeared on the hip hop scene in the 2000’s and has always released music through his own record label, Backwoodz Studioz. The Orchard is proud to have distributed every billy woods’ album since he founded Backwoodz Studioz. In his most recent album, Hidden Places, woods collaborated with LA-based record producer Kenny Segal. The duo’s album received raving reviews, including #5 on TIME Magazine’s 10 Best Albums or 2019 list. Hidden Places landed Top 10 spots on publications like VICE, Stereogum, and NPR Music. NPR Music wrote the album is a “self-excavation that crawls through moldy memories in a brutal poetry that is at times darkly funny but mostly wrestles with personal and societal truths that’ll leave you touched, shook”.

There’s no denying that BTS changed the global impact of K-Pop as a music genre. In April, BTS released their album MAP OF THE SOUL : PERSONA and broke records across the music industry. The album was confirmed by Guinness World Records as the Best-Selling Album in South Korean history! BTS’s hit single “Boy with Luv feat. Halsey” was featured on numerous ‘Best Songs of 2019’ lists including: Consequence of Sound, Billboard, NME, and Jezebel. BTS was also featured on five (!) Billboard Year-End charts including: #1 on the Independent Artists, #1 on Social Artists, #1 on World Digital Songs Sales Artists, #2 on Best Duo/Group, and #15 on Top Artists. With BTS continuing to expand and dominate the world, we can only imagine what they’ll do in the next decade.

Jessica Pratt had never recorded in a professional recording studio before her 2019 album, Quiet Signs. The Californian folk artist was concerned that a proper studio might give her signature hazy and psychedelic vibe too polished of a sound. Jessica’s brilliance, of course, still shined through and her album made it on the ‘Best Album’ lists of over 15 publications. Exclaim! ranked Quiet Signs #3 on the Best Folk & Country Albums, calling Pratt’s release a “breeze of an album that somehow hits you like a ton of bricks”. The album was ranked #19 on both Pitchfork and Stereogum’s ’50 Best Albums list of 2019′ lists. “The lyrics throughout Quiet Signs reveal Pratt’s ability to conjure magic out of simplicity,” wrote PopMatters, who ranked the album #4 on the 20 Best Folk Albums of 2019 list. Other ‘Best Album’ rankings include #11 on VICE, #30 on Upprox, #30 on Gorilla Vs. Bear, #45 on Crack Magazine, #30 on Uncut, #41 on Paste, and #75 on Mojo.

For ten years Allison Miller has been the bandleader and drummer of her jazz group, Boom Tic Boom. The group’s latest release is Glitter Wolf via Royal Potato Family. The album was produced as a reaction to the current unpredictable political climate in America. Royal Potato Family says about the record, “The music shimmers with the spirit of empowering actions such as the #MeToo Movement and Black Lives Matter, while the dichotomy between suspect governmental policies inspiring rightful protests; embracing the varying degrees of the feminine and masculine from within or living a fulfilled yet challenging life are reflected back in musical juxtapositions of space versus density”. Sterogum named Glitter Wolf one of the Best Jazz Albums of 2019, describing the record as a “complex, thoughtful album that you can throw on at a party”. Glitter Wolf also made it on the ‘Best Album’ lists for publications like AllMusic and Slate.

Only a few weeks ago Denver-based death metal band Blood Incantation released their album Hidden History of the Human Race. For metal-heads, the album release was an early holiday gift. For the band, the spots earned on various ‘Best Album’ lists was a great way to wrap up the year. Hidden History of the Human Race was ranked #1 on the Decibel Top 40 Albums of 2019 list! Other ‘Best Album’ rankings Blood Incantation received include: Stereogum (10 Best Metal Albums, 50 Best Albums), PopMatters, Revolver, and The Quietus.

These featured artists are a small piece of the incredible releases, achievements, and growth The Orchard and partners saw in 2019. Here’s a few more snapshots of 2019 achievements: 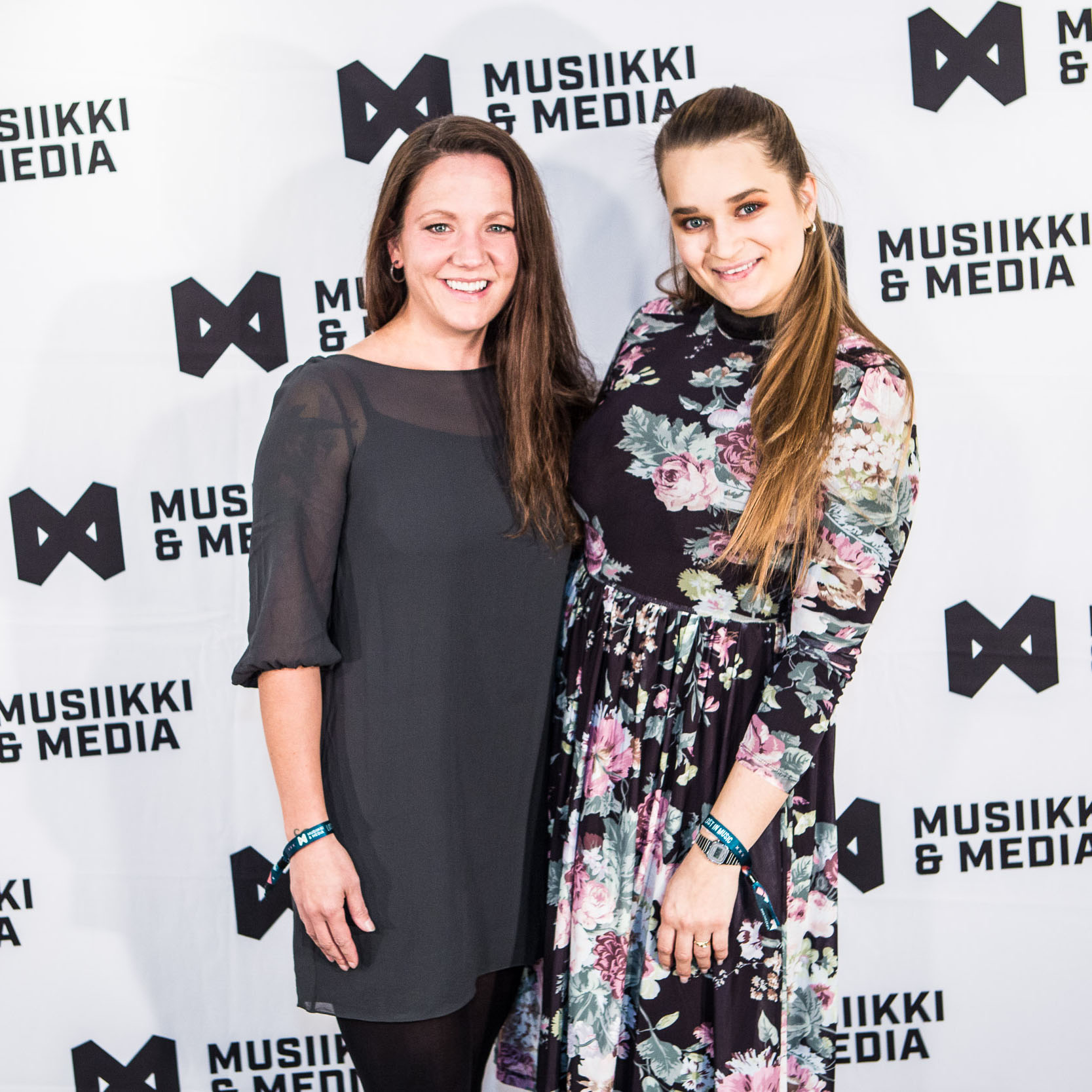 Musiikki & Media (Music & Media) is the leading music industry gathering in Finland and this year, three of our own Orchardites attended the gathering during its 30th anniversary. The two-day conference, which takes place in Tampere, Finland, has a...