Out Today from The Orchard: Patton Oswalt, Tempting Paris & More 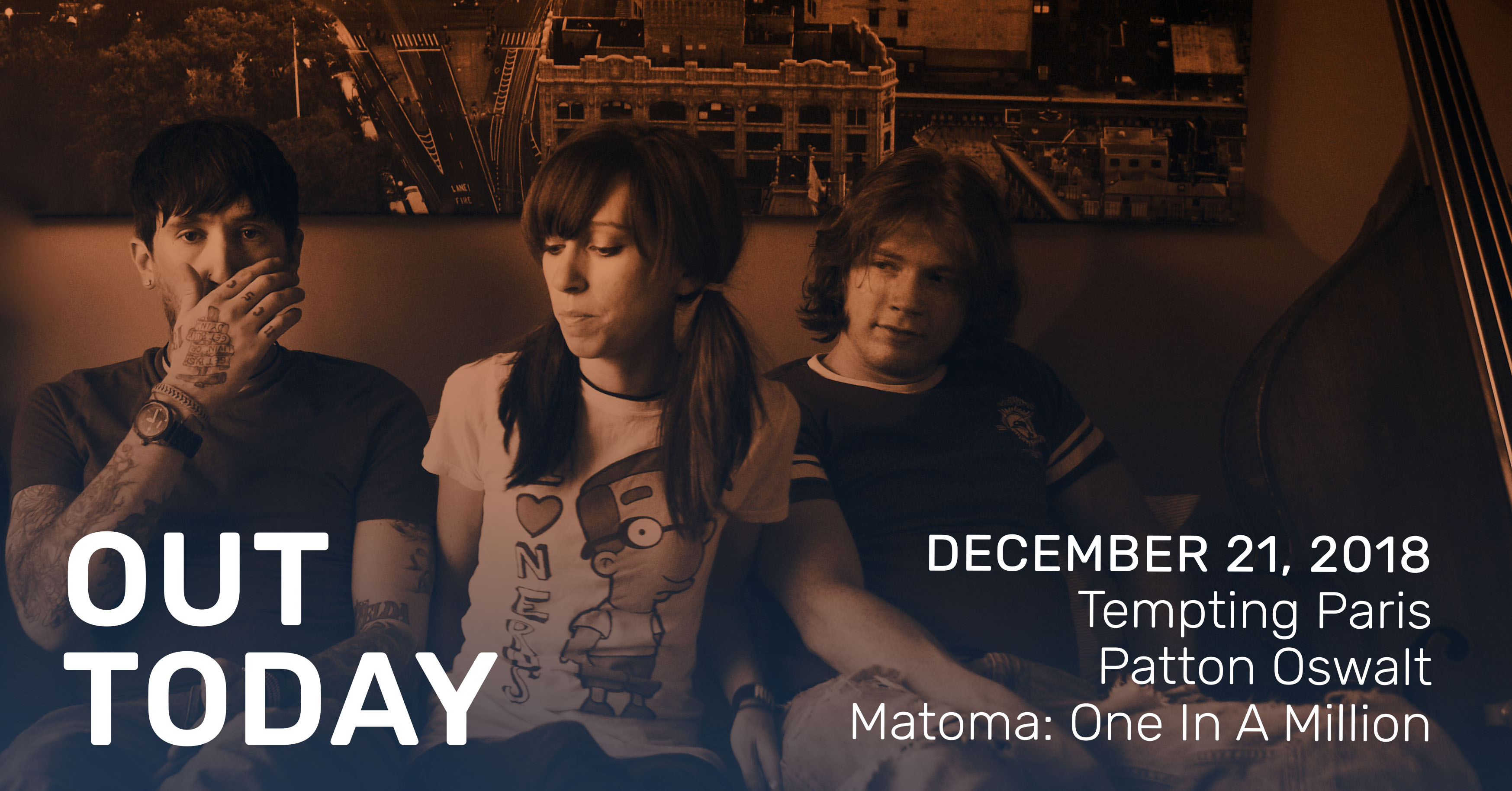 Welcome to another week of Out Today, our final post before retreating to our sofas, dinner tables and fireplaces for the upcoming holidays. The Orchard is home to a wide variety of entertainment, from music, to comedy and film. This week we have a sample of all three, with a hilarious album from a standup legend, a re-release from quirky emo pop group, and a documentary about a Norwegian prodigy DJ. Tune in, and enjoy!

You may know him as Spencer from King of Queens, or a roast master on Comedy Central — this week we have Patton Oswalt! The standup genius, voiceover actor and sitcom regular releases his latest special Annihilation via Comedy Dynamics. With hilarious political commentary, as seen in the video below, Patton discusses the current and future fate of America with a light-hearted twist. Full of smart anecdotes and relatable commentary, you’ll get a kick out of the animated chef rat (yes, he is also the voice of Rémy from Ratatouille). Find Annihilation across streaming services, but fair warning you’ll likely be ‘LOL’ing during your morning commute.

In the new documentary Matoma: One in a Million Norwegian DJ and producer, Matoma, gets super real and talks about the highs and lows of the music industry. Whether it’s the pressure to produce hit after the hit, or going from an insane crowd to a quiet hotel room, Matoma does see the silver lining of his career: “You’re a music lover living your dream.” Directed by Tobias Frøystad, the rollercoaster of a documentary follows Matoma around for two years and gives an inside glimpse of his day-to-day. An emotional, eye-opening story, viewers will see the various faces of Matoma — including sometimes a very exhausted, drained performer.

Before becoming a DJ/producer, Matoma was studying music technology to become a music teacher. Becoming a superstar hadn’t crossed his mind. According to Billboard, Matoma’s documentary “is a portrait of a man, not just a DJ. If anything shines through in the resulting film, it’s that Matoma cherishes family, honesty, hard work and down-to-earth personalities.”

Originally released in 2012, Tempting Paris‘ Polaroids in July is hitting digital retailers for the first time today! The Revival Recordings group was founded by Shawn Milke, of Alesana, along with his sister, Melissa. The siblings joined creative forces alongside bassist, Joey Mitchell to release their debut full-length, Polaroids in July. The album experiments with unconventional arrangements to develop an unique sound of their own. Upbeat piano jives with Melissa’s bold vocals and Shawn’s smooth nature to present a whimsical feel. The genre-bending album is now available everywhere. Give it a listen and travel back to 2012.