A Conversation With HUE: Helping Unite Everyone

Their mission is right in the name; Helping Unite Everyone, otherwise known as HUE. HUE, part of Sony Music’s Employee Business Resource Groups, was formed less than a year ago to promote the diversity of people of color (POC), while also bringing awareness to the large influence POC have had on popular culture – specifically in the media industry. HUE looks to achieve these goals by cultivating educational programming and fostering conversations around elevating POC within the industry. Though HUE first came to fruition at Sony Music’s New York HQ, the organization now has over 150 external members with plans to expand beyond just New York City.

The event unpacked the meaning of words as it relates to the music industry. In order to highlight HUE’s efforts towards fostering a global community, we sat down with two executive members from the group: Jaloni Brown (President, HUE) and Samantha Dunac (Event and Operations Executive Officer, HUE) to discuss HUE’s background, its influence on the workplace, and the importance of having these discussions during Black History Month — and every month.

The Orchard: Can you start off by telling us about yourself, including your role within HUE?

Sam: My name is Samantha Dunac, or Sam, and I sit on the executive board of HUE as the Event and Operations Executive Officer. In my day-to-day at Sony, I work in Global Digital Business. I am a content protection manager and law clerk, so basically an attorney for content protection. I got involved with HUE last year when Sony HR hosted a Kwanzaa holiday party and they announced a POC group was going to be launched at Sony. They were looking for more people, and I was interested so decided to throw my hat in the ring! I started in events and operations right away.

Jaloni: My name is Jaloni Brown and I’ve been at The Orchard as a Finance Manager since August, but I’ve been with Sony Music for 3 years. I am the President of HUE.

The Orchard: As President of HUE, what is required of you?

Jaloni: Everything! I do a lot of the behind the scenes, including a lot of meetings with executives and meetings with the officers. We work to figure out how we’re going to progress HUE forward with our initiatives in the pipeline and I oversee every aspect. We have committees, of course, that help with a lot of the things that we put forth. But we also have to do a lot of behind the scenes work to make sure everything is in line with our mission and vision. Our hands are on everything.

The Orchard: Sam mentioned HUE started only a year ago. What was the early development of the organization?

Jaloni: Yes, we officially started last May, so less than a year ago. HR brought forth this idea that there should be a POC organization within Sony. Once we all heard about it we started formulating and thinking, “What could this be?” Someone suggested the name “hue” and it just caught like wildfire and everyone thought it should be the name. We then designed a logo and people were saying, “But if someone sees the name ‘hue’ would they know what this means?” And then we thought, maybe we could make this an acronym. That’s when we came up with “helping unite everyone.” Our goal is to promote the diversity of people of color, but we want to unite everyone in that same realm. We just want everyone to come together because we’re all just human at the end of the day.

The Orchard: Can you talk about the importance of having a program like HUE in the workplace?

Sam: I’m actually just really passionate about diversity inclusion because I believe at my core that you learn so much from people who are different than you. So many different ideas and perspectives come into fruition just based on someone’s experience in life. I think that HUE is really important because a lot of music that’s put out there has a lot of influence from POC. Uplifting the people that work for those people is really important. I think it helps the company overall, but it helps us advocate for some of the people who are on the other side in terms of just performing an art. Overall for dynamic, it’s really important to uplift and bring in more people of color to have a more holistic workspace that reflects the world.

Jaloni: I totally agree. I also think the sense of community and connection that you build with the people here is very important. And that is what HUE is able to embody with all our members. That’s something I’m very grateful for. I feel like they are extended family and I didn’t even know them prior to HUE formulating. But now having them, it’s been amazing. The sense of community and pride that we all have with each other is something that is very important.

Sam: Speaking on that aspect of community, we have a good core membership that is from The Orchard! Something that was expressed a couple months ago was “How is HUE at Sony (meaning Sony Picture, Sony Music, Sony Corp) going to bridge that gap between The Orchard and the folks at 25 Madison?” So two reasons we wanted to host our HUE event at The Orchard this week are: 1)highlight the space; 2) highlight The Orchard overall and bring all of our members together. That’s something that is a direct correlation to our community building as well.

The Orchard: How many members would you say HUE has?

Jaloni: It’s 378 thus far.  But we are growing, and I anticipate after our panel discussion this week the membership will increase. We can tell just from the number of RSVPS that people are so excited and they want to know how they can be a part of HUE.

Sam: We also have new chapters forming as well. Right now our numbers are mostly in New York just because it’s where we’re currently based, but we definitely have plans to expand into other cities.

The Orchard: Can anyone join?

Jaloni: A majority of our members are from SME (Sony Music Entertainment), The Orchard, ATV, Sony Pictures. But we also have members from outside of Sony from the external events we have. We have around 150 external members, that’s part of the 378.

Sam: And that hinges upon two of our pillars which are retention and recruitment. That’s one of the reasons why we have an external list — to help foster that and build a diverse background through these events.

The Orchard: Personally to you both, what does Black History Month mean to you and to the HUE organization as a whole?

Sam: For me, Black History Month is highlighting all the different pieces of black history. I’m Haitian, and being first generation it’s really important for me to advocate on behalf of not only the experience that I have as a black American person, but also the experience that my mother has and my family has as immigrants. Black History Month for me is also American history, but it’s showcasing how we all filter into this one quote and how all those different experiences make us really beautiful. For HUE overall, Black History Month is the ability to showcase not only what we are doing as an organization but also what our members are doing and the importance of their work and their presence here.

The Orchard: What upcoming events and initiatives do you have in the pipeline for the remainder of the year?

Sam: We are planning Black Music Month! One of the things we want to do with Black Music Month is create larger tentpole events — staples for our organization such as our holiday party in December and an industry mixer in August. The officers are also participating in some other cool things to push HUE and these conversations. I’m going to speak at Women’s Day for Congress in June on behalf of HUE. That’s just some of the work that’s being done on more macro levels as well.

Jaloni: We have a lot coming up, including speaking at the Commercial Music Group’s Town Hall in order to introduce HUE as well as hosting our own Town Hall.  We are currently working with HR to expand HUE to other Sony offices.

Sam: Our events overall, and something that Jaloni was alluding to, is the fact that HUE stands for “helping unite everyone” so we want all our events moving forward to help connect and unite people on that level as well.

The Orchard: How can people sign up to become a HUE member?

The Orchard: Do you have anything you want to say or share?

Sam: I just hope that people see HUE as a place where they can feel safe and voice their opinions. Hopefully this group becomes bigger than us — I think it already is and helps facilitate a lot of positive movement forward in community, not just within our members but throughout the company. We really want to uplift people, so anyone who is interested, we’d love for them to join.

Jaloni: It’s for everyone. Everyone is welcome to join. 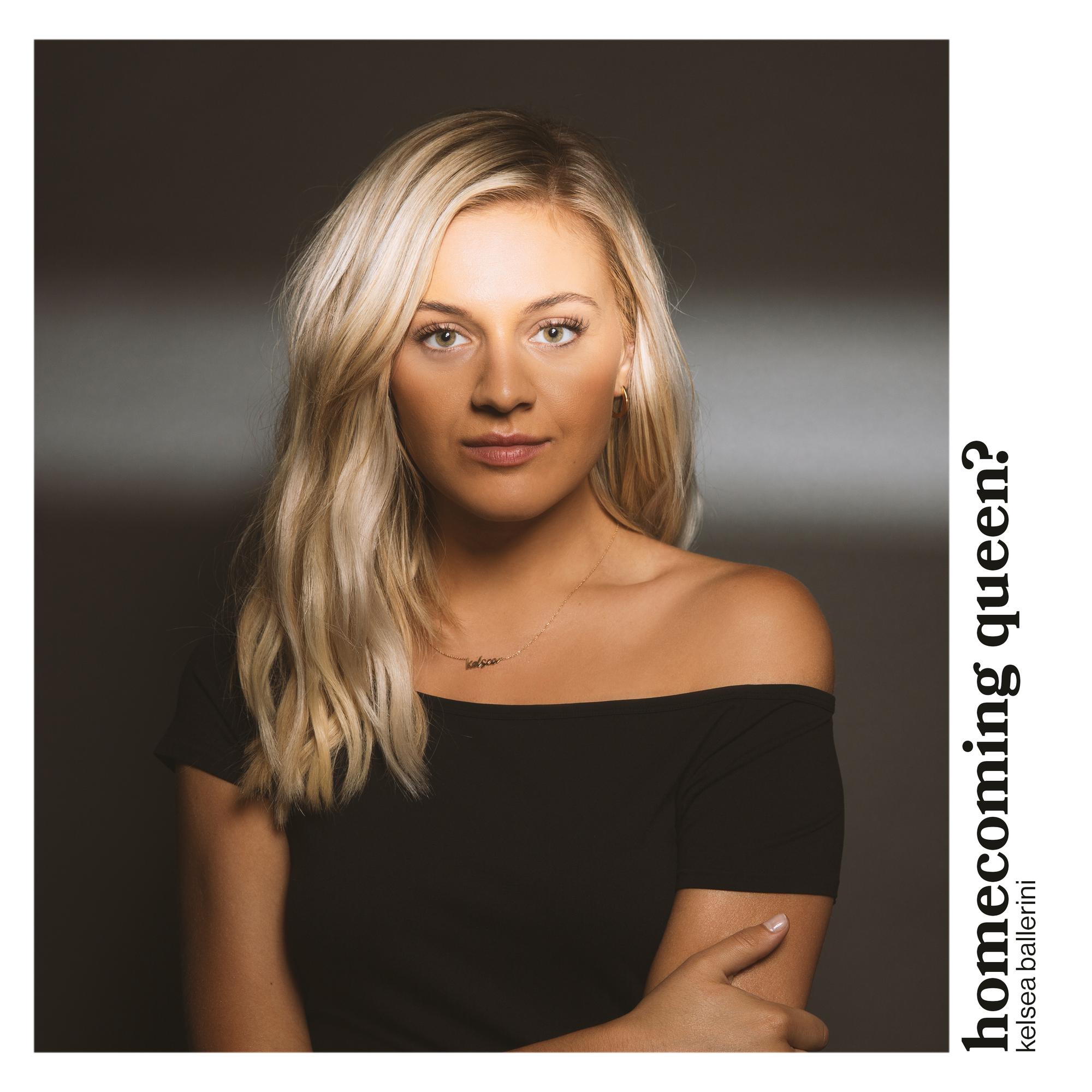 Women Of Country To Take Center Stage At The CMAs

The 53rd Annual Country Music Awards nominees have been announced and Kelsea Ballerini (Black River Entertainment), is nominated for Female Vocalist of The Year.  Each year, the CMAs are determined by over 7,000 professionals and members of the Co...

The Steppeulven Awards is an annual award ceremony established by the Association of Danish Music Critics. The Association is comprised of music journalists and reviewers from various Danish publications. The Orchard is proud to sponsor this year’s 'Releas...