Guámpara Music is the first independent urban music label in Cuba, founded in 2015 by Isnay Rodríguez, who is better known by his alias DJ Jigüe. Drawing inspiration from his Afro-Cuban heritage, Rodríguez wanted to make music that was connected to his historical roots, while still appealing to the vast majority today. Rodríguez used his reputation as one of the leading players in Cuba’s electronic dance music scene to start Guámpara Music, with a mission to make authentic street music available for everyone to enjoy.

Guámpara Music experiments with a range of sounds that represents the authentic expressions of Cuban neighborhoods. In addition to the production and distribution of music, the label has a catalog of artists across a myriad of musical genres. Together, they form the essence of Cuba’s music scene. Some of their artists include DJ Jigüe, Niño Fony, El Individuo, Sigrid, Luz de Cuba, and the Cuban Lions.

In this exclusive interview with The Orchard, Rodríguez talks about the creation of Guámpara Music, what he looks out for when selecting artists, and his advice for other Afro-Cuban artists and the wider music industry.

Tell us about Guámpara Music! How did you get started and what should we be listening to?

Guámpara Music is the first independent record label in Cuba dedicated to the mixing of rich heritage from Africa and the Caribbean in the making of urban music. I started the company in 2015 with the mission of introducing people to urban Cuban music that appeals to today’s generation. I also wanted to give people the opportunity to connect with their historical roots. Guámpara Music’s creation was not an overnight process, it is the result of several years of my prior work in the Cuban hip hop scene – first as an MC, then as a DJ and promoter of Santiago’s movements in the Caribbean part of the Island.

During those times, I created festivals and workshops at different places to promote and support urban music. I also founded a project called G12K where we worked with Cuban musicians in the community. As the leader of this project, I learned a lot and acquired a number of skills and connections that would prove very useful to me in many situations after that.

My work also made me realize that Cuban music was not accessible on digital platforms outside the Island. This is because there were no independent music labels — only government-owned companies — and most of them were not dedicated to art or music. At that time, the music scene in Cuba did not have access to the internet and the vital information that artists would need to broaden the legal possibilities for them to expand their careers.

“Creating Guámpara Music was my solution to making authentic street music available for everyone.”

Creating Guámpara Music was my solution to making authentic street music available for everyone. It was also a way to revisit, promote, and support my Afro-Cuban side — which is what initially inspired my name “DJ Jigüe.” My background in life, my grandma’s religious ceremonies, my childhood sounds, and my citizenship were all determinants for the label’s creation and the main cause that we defend. The word “Guámpara” is the name of the knife the Cubans used to fight the Spanish colony. I thought it was an appropriate name as a symbol of liberation that matches the mission of the label.

“My priorities to select artists are connected with Cuban roots and with the Afro-Cuban conscience.”

What are some of your priorities when selecting artists to add to the Guámpara Music roster?

As I said before, my priorities to select artists are connected with Cuban roots and with the Afro-Cuban conscience. This is a premise not only for the artists but for all the projects and productions done by our label ranging from hip-hop, dancehall, reggae, and electronic music. I believe it is important for each person to find and discover their own style. Personally, mine is Afrofuturism Tropical. That’s why I like to think of Guámpara Music as a musical lab where we travel to the past to think about the future.

Beyond artists, are there specific qualities you look for when building your team?

As an artist and CEO of Guámpara Music, the team will always be important to me. I look for passionate people who can identify with and defend the music that I stand for. These people must understand the value of the content the label creates.

It’s clear that you and the label are very active in social justice and equity. What are some of the ways you’ve united this passion and your music projects?

Our way to unite music with important messages is to translate sounds and visual codes. This is our way to appeal to new generations. We also have audiovisual content where we tell everyone about our legacy and work, and encourage others with messages of respect and inspiration. We also created a multi-awarded documentary “Bakosó: Afrobeats of Cuba”, which is directed by Eli Jacobs Fantauzzi.

Are you hosting any activities around Juneteenth?

We have no Juneteenth celebrations in Cuba and we don’t have the pleasure of participating in other celebrations outside the Island.

What advice would you give to other Afro-Cuban artists in the music industry?

Know and delve into the rich cultural legacy that came to us from Africa because that will give you many tools for the creative process. Also, study the tools and platforms that the music industry works with in order to solidly defend that legacy.

“Cuba is more than salsa, it is more than the Buena Vista Social Club. Young people are constantly generating new sounds that are representative of Cuban culture, and we as a label are trying to spotlight these talented musicians.”

What message or information would you want the wider music industry to know?

I have always said it, and I will continue to say it: Cuba is more than salsa, it is more than the Buena Vista Social Club. Young people are constantly generating new sounds that are representative of Cuban culture, and we as a label are trying to spotlight these talented musicians. 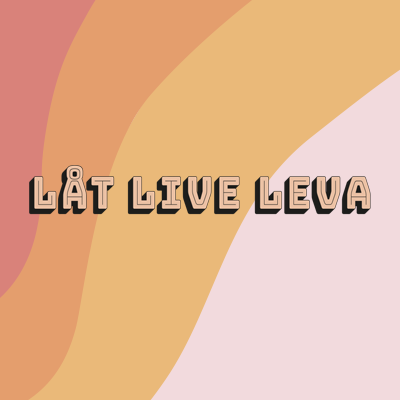 April 10th marked the first anniversary of Sweden’s Let Live Music Live Festival. To celebrate turning one, the Festival committed to producing their biggest edition ever by broadcasting live from five cities including Pustervik in Gothenburg, Södra Teater...