The American Association of Independent Music released their nominees for this year’s Libera Awards, taking place on June 17, which happens to be their 10th anniversary of the esteemed awards show celebrating independent music. It will also be the second year that the event will be livestreamed, open to the public. Each year the Libera Awards is a cap to Indie Week, a 4-day conference with panels, performances, and more to shine a light on artists and industry within the independent sector. This year’s awards show will honor over 160 nominees across 30 categories.

GRAMMY winner Fantastic Negrito’s Have Your Lost Your Mind Yet? (Cooking Vinyl) was nominated for the Libera Awards Best Blues Record. He’s joined by GRAMMY-nominated Bobby Rush (Thirty Tigers), who calls Mississippi home: “If you want to get the real deal of the blues, get it from the bluesmen who are from Mississippi. Whether they migrated from somewhere else like Chicago or Beverly Hills, if they are from Mississippi you can hear the deep roots of Mississippi in their stories.” Bobby Rush’s Rawer Than Raw, recorded in Jackson over several years with engineer and executive producer Randy Everett, combines Bobby’s voice, harmonica, guitar, and feet. Congratulations to Robert Cray Band (Thirty Tigers) also nominated for Best Blues Record alongside Don Bryant from Fat Possum.

Courtney Marie Andrews’ Old Flowers (Fat Possum) is nominated for Best Americana Record – the album is about heartbreak, about loving and caring for a person one knows they cannot be with. Throughout Old Flowers Courtney paints vulnerability and strength in her lyrics. In the same category, Lucinda Williams takes a nomination for Good Soul Better Angels (Thirty Tigers). Lucinda has been creating music for 40 years, and with Good Soul Better Angels she comes back to her original gritty blues foundation that inspired her as a young singer-songwriter in the late 1970s. The album reflects many of the world’s dark realities, tied together with themes of perseverance, resilience, and hope.

This year The Orchard was nominated for Independent Champion. Thank you to A2IM for this recognition! We also want to congratulate Oh Boy Records, the late John Prine’s own record label, recognized for Small Label of the Year.

Save the date! You can RSVP now for the Libera Awards by visiting liberaawards.com. Congratulations to The Orchard’s distributed artists, labels, and partners who were nominated! For the full list visit here.

Fantastic Negrito Have You Lost Your Mind Yet? (Cooking Vinyl Ltd.)

Ingested Where Only Gods May Tread (Unique Leader Records)

Label of the Year (Medium)

Light In The Attic

Label of the Year (Small) 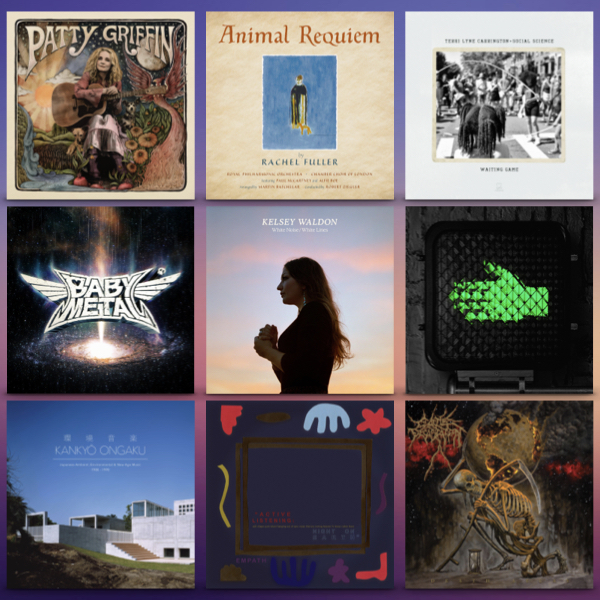