Do You Remember When You First Heard…LaBradford? 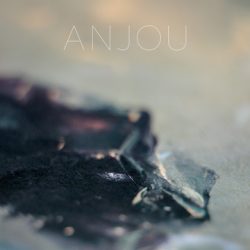 Music can be a magical experience. There are certain songs or records that evoke a time and place. In rare instances the experience is so visceral that I can remember exactly where and when I first heard a record.

This is true of the Sex Pistols “Pretty Vacant,” The Clash’s ”Complete Control,” N.W.A’s “Straight Outta Compton,” Oval’s “Do While” and Radiohead’s OK Computer, to name but a few. Also on this list is LaBradford’s Mi Media Naranja, which I first heard in Kim’s record store on St. Marks Place, NYC in the winter of 1997. Whenever I hear the hauntingly beautiful reverb drenched opening of this record, I’m immediately transported back to that moment.

Almost 20 years on, Labradford’s Mark Nelson and Robert Donne now record under the name Anjou, and are releasing their second album entitled Epithymía via Kranky, on March 24th. Epithymía is a Greek word meaning desire or yearning, which seems appropriate given the majestic yet mysterious ambience of this record. Give it a listen, I hope you experience something magical.