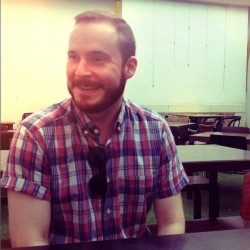 A BBC Worldwide-owned company, Demon Music Group is the UK’s largest independent catalogue record label. They specialise in marketing physical and digital catalogue music with repertoire coming from both major and indie companies worldwide. They also have their own library of rights and imprints, including Edsel, Crimson Productions, TRAX Records, 100 Hits, Access All Areas, Demon Records, Little Demon and others.

In this Label Spotlight we met with Paul Tucker, Digital Sales Manager for Demon Music Group, to find out more about what makes them who they are.

Before we dig into the details, can you please highlight the impressive diversity of genres and artists you work with?

Amazing. What’s the most exciting thing about working for a company like Demon?

Well I have to say, it’s certainly not the daily commute to White City!

On a more serious note though, having previously worked at two of the big Major labels, the most exciting thing about working for an independent label is the freedom and autonomy we have within my digital team to create bespoke products, playlists, artist profiles and so on without the excessive levels of red tape one can find working at a major record label in order to make pretty basic decisions.

How does DMG acquire new catalogue/content?

It’s all done via our Commercial Director and music industry leg-end, Mr. Adrian Sear. He holds the key to that side of the business. I could tell you more, but then… I’d have to…

OK, OK! Can you tell us about a particularly interesting album, artist or series of compilations that Demon has released in the recent past?

Well, within the digital team specifically, we started a fairly simple concept back in early 2013 of a 12-track budget series called ‘Greatest.’ These were mostly artist catalogue, digital-only releases and essentially covered the A-Z of our controlled roster of catalogue artists. To date, we’ve released close to a hundred of those ‘Greatest’ titles, which have sold more than 60K albums and 215K single downloads.

For the wider business, the success story of this year has proven to be the rejuvenation of the 100 Hits compilations label which has seen a complete turnaround in fortunes and is now not only our biggest compilation series at Demon Music Group, but also the No.1 selling mid-priced compilation range in the UK at present.

That is phenomenal, congratulations! On that note, what are your must listens for 2016?

Besides the new Daniel O’Donnell album I Have a Dream, out the 28th of October?

I’ve got SO many records on my 2016 playlist(s), but I’d say the ones which I keep on heavy rotation are the following: Roosevelt (self-titled), Warpaint Heads Up, GoGo Penguin Man Made Object, Bon Iver 22, A Million, Chance The Rapper Coloring Book, BANKS The Altar and the DJ-Kicks (Moodymann) compilation — essential listening!

Last, a loaded one. Where do you see the industry headed?

It’s hard to say exactly… You do hear and certainly read a lot in recent years that the music industry is in rapid demise yet (according to the IFPI) revenue across the global industry grew by 3.2% in 2015. A small growth measured, but a growth none-the-less.

Streaming services and mobile consumption is definitely where it’s at for now though, and where I personally believe it will continue to be for the next 3-5 years as it’s only really just heating up. With the likes of Spotify, Apple Music, Tidal, Deezer, Pandora and (the recently launched) Amazon Music Unlimited all offering various price plans/customer loyalty programmes/artist exclusives, etc., perhaps Facebook will suddenly decide to join the party… Possible game changer? Who knows!

I also think that there will more disruption in the music industry over the next few years with more tech ‘start-ups’ likely to join an already crowded music marketplace, each competing to offer various fan engagement/ticketing/D2C “super-fan”/social media music lead propositions and now with AI-enabled home devices such as Amazon Echo and Google Home, there is a second wave of consumer adoption for us all to get to grips with.

The future of the industry certainly sounds exciting anyway!

Thanks for your time Paul! We look forward to what Demon Music Groups brings our way next.

Founded by Marc Williams in 2011, OddChild Music is an independent management company and record label based in London, UK. The company was named after Labrinth who Marc described as an Odd Child due to his extreme talents. Home to gifted and different "Od...