Out Today by The Orchard: Saba, Alvin Chris, Santa Salut

Chicago-born rapper Saba presents his highly-anticipated third album Few Good Things. Few Good Things follows Saba’s critically acclaimed 2018 album CARE FOR ME, for which he earned honors as one of the Chicago Tribune’s Chicagoans of the Year and was named the #1 Hip-Hop Album of the Year by NPR. Few Good Things is the “story of realization of self after a search for exterior fulfillment,” says the rapper. “It is the satisfaction and completeness you gain by simply living a life that is yours. Few is a small number, but few is not lonely.” The 14-track album is far from lonely, seeing features from some of the biggest current hip-hop figures such as Black Thought, G Herbo, Krayzie Bone, 6LACK, Smino, Mereba, Fousheé, and Eryn Allen Kane, as well as Saba’s Pivot Gang collective. Listen to Few Good Things out not on all digital platforms.

Spanish rapper Santa Salut has revolutionized the urban panorama in a short time, since she started uploading her homemade tracks to YouTube, until now, gathering millions of streams on her official profiles. Today Santa Salut releases her new album DISCORDIA via Yuukii Records. The Catalonia rapper first dipped her toe into rap when she was 16 at a freestyle battle – from there, she didn’t stop.  DISCORDIA is comprised of The 12-track alum includes single “THREE” which features Sofía Gabanna and Elane taking turns to make it clear who the queens of the new school are and their immense desire to take on the world. Enjoy DISCORDIA out now!

Born in Belgium and raised in France, Alvin Chris was grew up listening to American hip-hop and rap of the 1990s and 2000s, influenced by artists like Lauryn Hill and Wu-Tang Clan. Today, the French rapper presents his new EP Après vous, a project about reconciliation, “it embraces all facets of my personality and my music” says Alvin. Produced by Make A Meal, the 8-track EP Après vous clarifies the contours of Alvin’s melodious rap and introspective writing. After You reads like an invitation to accept ourselves, listeners, to believe more strongly in ourselves, and to ignore the gaze of others. 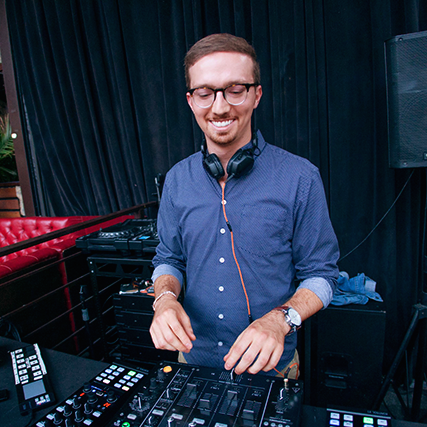