Out Today by The Orchard: Corina Smith, Doul, Moxie Raia

Venezuelan powerhouse Corina Smith effortlessly blends R&B and Latin urban beats to create a genre of her own. Having begun her artistic career as an actress and singer on the popular television series “Somos Tu y Yo” and “NPS No Puede Ser,” Corina shines on every screen or stage she graces. Her 2015 debut single “La Difícil” reached #1 on the Venezuelan charts, starting a trend of chart-toppers: her song “Escape” also became #1 upon its release and quickly became an anthem. “A Tu Novia (Ft. Nesi)” is sure to become another fan favorite, with an inviting melody and a beat that propels the song throughout. While Corina steps into her stardom with ease, she maintains a warm relationship with her fans; it is hard to not love the singer once you listen to her addictive hooks and sultry vocals. Listen to Antisocial here.

Japanese musician Doul’s first album W.O.L.F features seven tracks, hand-picked from singles released since her debut. Having released “16yrs” in 2020, the young artist shows off her growth with the new project. Featuring electric guitar and hard-hitting vocals, the music speaks for itself. Doul’s creativity goes beyond the music, however: she self-produces all aspects of her projects, from fashion to music video production to songwriting. She has earned recognition for her recent work, becoming a Spotify “RADAR:Early Noise 2021” Artist and being named to YouTube Music’s “Foundry Class of 2021”. Having infiltrated the Japanese music scene with her wide array of talents, this next project points to a bright future for the young artist. Listen to W.O.L.F. here.

LA-based artist Moxie Raia returns with an otherworldly EP, 2989 – Origin. Throughout the seven tracks, she taps into a sound that is uniquely her own: punchy synths set the mood for the listener while ethereal vocals take center stage. Having recently toured with Post Malone and Justin Bieber, the sky is the limit for the talented act. Speaking about the inspiration behind the EP, Moxie shares, “This project is based off of a superhero girl I created named Carbon who’s from the year 2989. She’s my alter ego and someone I aspire to be like.” The message behind the songs are clear: to make young female listeners feel stronger and hopeful for the future. Musical virtuosity and boundless creativity combined with a clear intent to inspire fans, the album’s synopsis speaks about a distant future where humans “live on a higher dimension of self-awareness and consciousness.” To experience a taste of this higher dimension, all you need to do is listen here. 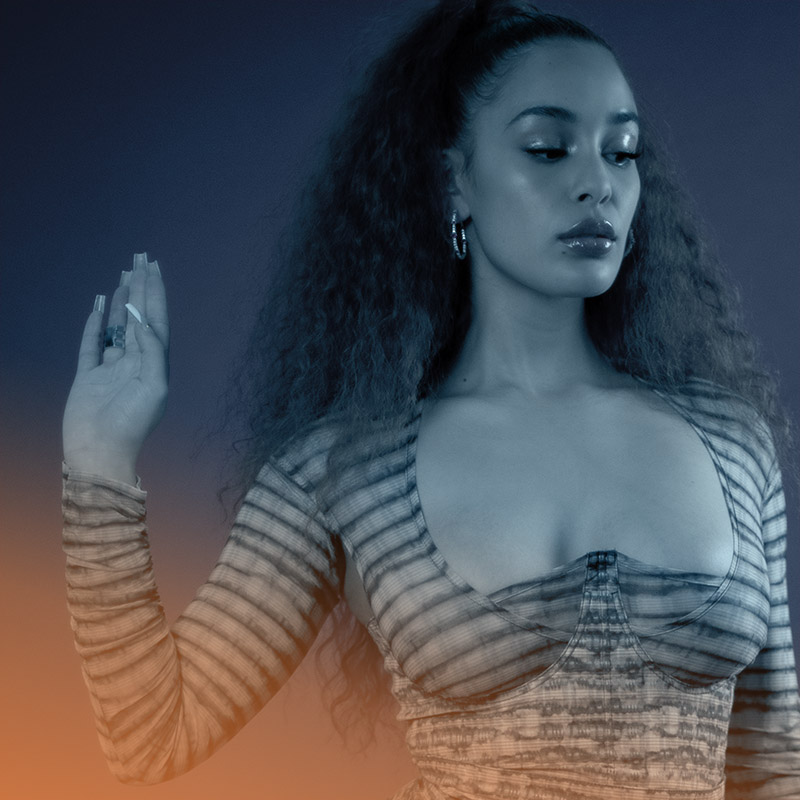