Out Today by The Orchard: The Glitch Mob, Trampled By Turtles & More 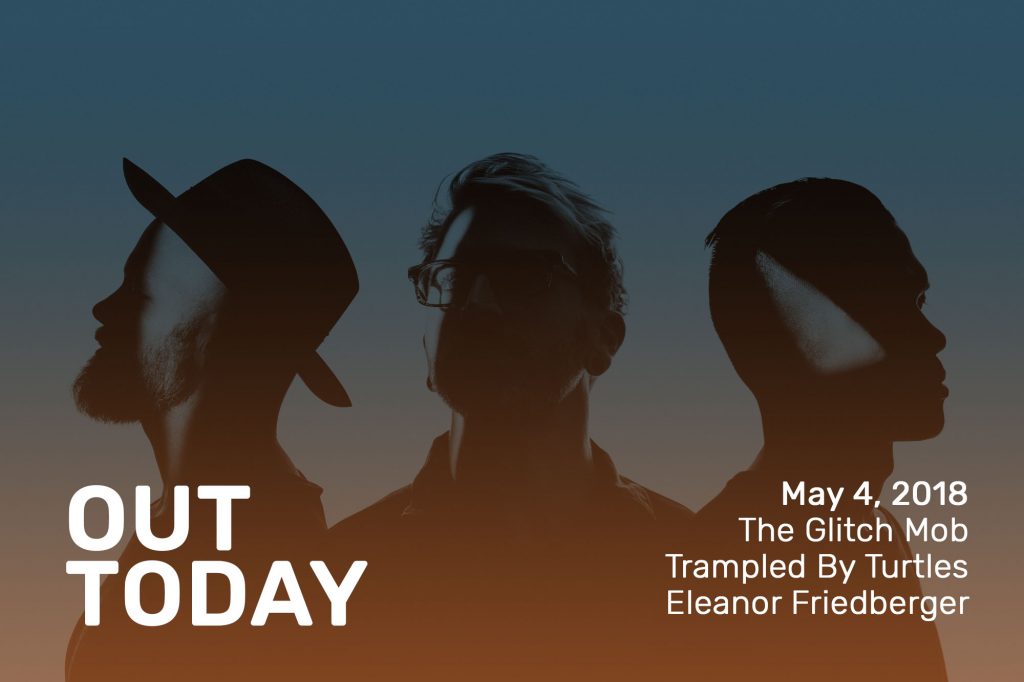 The office is buzzing this week as we begin to see the sun for the first time since… we can remember. And as the school year begins to wrap up, we’re really just getting started. From electronic to progressive bluegrass, we’ve got fresh releases from The Glitch Mob, Trampled By Turtles and Eleanor Friedberger to get your weekend going.

After a brief hiatus and journey of self-discovery, Trampled By Turtles is back making folk favorites and haven’t missed a beat. After an almost two-year break, the group got together at a lake-side cabin to ‘test the waters’ so-to-speak and ended up reuniting to make music once again. The six-piece group lead by Dave Simonett created a big sound with a intimate feel. The new album, Life is Good on the Open Road unites crisp vocals with the melodic resonance of strings. The band’s latest single “The Middle” is an uplifting and comforting playlist addition, check it out below. From slow ballads, to knee bouncing bluegrass, take a listen to Life is Good on the Open Road here.

One thing can definitely be said of The Glitch Mob: They don’t do anything halfway. They’ve already dropped four singles with accompanying videos by Strange Loop and they’re about to hit the road on tour with stops at major festivals (Governors Ball and Bannaroo to name a few). You won’t want to miss their set either. Their stage is an immersive experience Blade 2.0 is designed by Martin Phillips in collaboration with Dell and Alienware. Martin has created stages for some of the biggest names in music including Daft Punk, Kanye West, Nine Inch Nails and more. The Glitch Mob’s third studio album, See Without Eyes is out now via their own label, Glass Air. Take a listen below, catch Blade 2.0 on tour and stream the album now.

After finding inspiration in a club in Greece, Eleanor Friedberger named her fourth studio album, Rebound, in honor of that same discotheque. With a nostalgic feel of the 80s, Eleanor channels a disco-goth sound with a touch of new age irony. The Frenchkiss musician is able to mix raw and synthetic to develop a style of her own. Eleanor states in an recent interview with Consequence of Sound, “The album feels more like a piece, like there’s a certain fabric to it that I would say that my other two records don’t have.” Take a walk into Eleanor’s electronic side with “Make Me a Song” below and kick it back to 1980’s Greece with Rebound.

That’s all for this week! We’ll see you next Friday with more music. Until then, keep listening.