Out Today by The Orchard: Beartooth, Felly & More 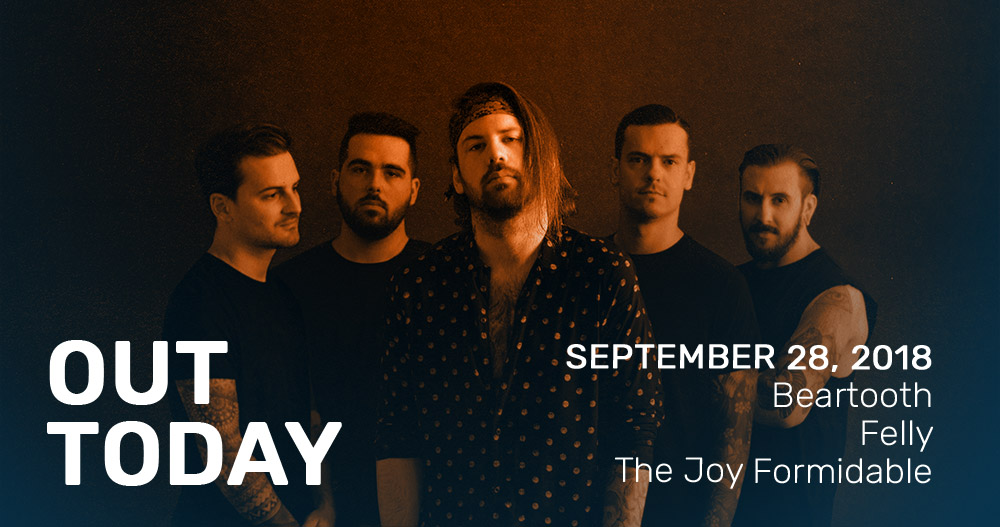 Grab your pumpkin spice beverage of choice and cozy up to some new music. This week brings heavy moody rock to uproot all the feels, an upbeat hip-hop must-hear, and an alternative release with a touch of electronic. Let’s dig in to what’s #outtoday!

Ohio hard-rock band Beartooth is back at it, this time with new album Disease. The release dives deep into themes of depression and new beginnings. Ranging from melodic and delicate to heavy and explosive, the Red Bull Records group formed by Caleb Shomo appeals to a broad set of fans. Recording primarily in his basement in the past, Shomo discusses the writing and recording experience behind Disease, telling Hysteria Magazine, “Not having to rely on digital guitar tones and drum samples meant I was really playing out every take. That gave it a lot more emotion.” Listen to the title track below, which is currently in the top 20 at Active Rock Radio, and experience the new album here. Also, catch Beartooth on tour all the way through February 2019.

Recently signed to Same Plate Entertainment, vibey hip-hop fiend Felly delivers his new 10-track album Surf Trap. Although the rapper already has a passionate fanbase behind him, the 22-year-old is just getting started. Felly tells The Equinox that his music industry studies at USC taught him how the business works, while allowing him the flexibility to go on tour and learn by doing. Looks like his risks are paying off. Listen to Surf Trap single ‘Miami’ below and stream the whole record here.

Hailing from Wales, indie heroes The Joy Formidable return with their album AAARTH. With well executed riffs, edgy electronic elements and the band’s signature U-turn breakdowns, this album is purely The Joy Formidable and proves that the band just keeps getting better and better. In an interview with The 405, the band’s Ritzy Bryan and Rhydian Dafydd said that this album felt like a breath of fresh air: “It feels really good being able to see things in colour again.” Get a taste of the boundless album below with ‘The Better Me’ and hear the whole thing here.

That’s it from us! Tune in to these new jams and enjoy your weekend. We’ll see you next Friday.