Out Today by The Orchard: CeCe Winans, Amigo The Devil & More 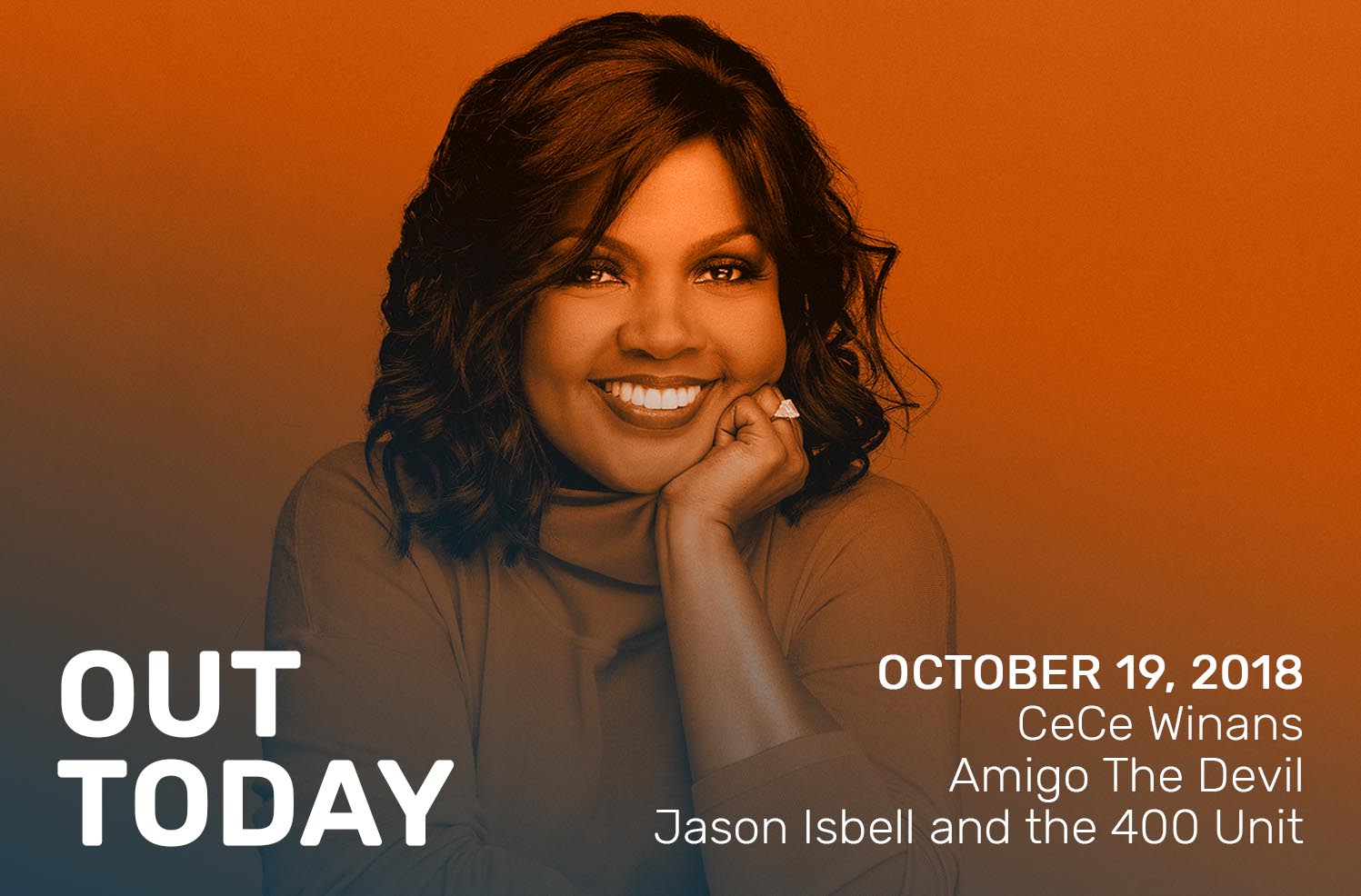 This week holds a plethora of releases and while it is not quite the holiday season yet, we have a few gifts for our readers. Today brings a moving live album that personifies its Americana performer, a kickstart to your holiday listening from a massively talented gospel singer and a new artist anticipated to shine all over the world. Let’s dive into some new tunes, out today.

Following the massive album The Nashville Sound, Jason Isbell and the 400 Unit are back with Live from the Ryman, which as you can guess was recorded from six of their 2017 performances at Nashville’s Ryman Auditorium. When discussing the live recording, 400 Unit drummer Chad Gamble tells al.com that he was unaware these shows would become an album saying “I’m glad I didn’t know, actually.”  Chad helped to capture the performances in a more authentic light. Including hits from Grammy winning album The Nashville Sound like “Hope on the High Road” to previous favorites like “24 Frames,” the album transports fans to the live show, complete with all the hoot and hollering from the delighted audience. Literally depicting their Nashville sound, enjoy the live album from Southeastern Records now and experience the band in person as they return to the Ryman next week for another set of back to back shows.

Okay, okay, so we haven’t had turkey yet in the states or seen the first snow but good music waits for no one and with 12 million albums worldwide and 12 GRAMMYs there’s no doubt CeCe Winans is one talented human. Just a couple weeks ago Cece took the stage at the American Music Awards alongside Gladys Knight and Ledisi to honor Aretha Franklin with a breathtaking medley. Her holiday album from Pure Gospel, Something’s Happening, A Christmas Album is out today and sure to delight. Describing a track from the album titled “It’s Christmas” with Billboard Cece states “It’s happy, and I love the lyrics. It’s really talking about what we go through at Christmas, but it focuses mainly on the joy of it all. Sure, we’re frustrated with the long lines (at stores) and all that, but that’s just part of the celebration.” To start your holiday playlist on the right foot, with the new album Something’s Happening, A Christmas Album, out now.

Don’t fret, we wouldn’t really jump from the angel above to a true devil. The new artist from Regime Music Group, Amigo The Devil, aka Danny Kiranos, is dark but also soulful as he tells his heart-wrenching story through the power of music. His debut album Everything is Fine discusses the honest and hardest parts of life. His pain and hope explode from his creation. Described in Ramzine as folk mixed with Southern Gothic, you can trace similarities to Old Crowe Medicine Show backed by Kiranos’ inspirations like Tom Waits, Nick Cave and Godspeed. Produced Ross Robinson, a popular metal producer with previous work like Korn and Slipknot, the albums also reflects a loud and powerful quality giving it a unique edge.  Try to keep it together while listening to “Cocaine and Abel” below and check out Everything is Fine, available now.

We hope you have a great week and look forward to next time! Until then, keep listening.