Out Today by The Orchard: G Herbo, Like Pacific & More 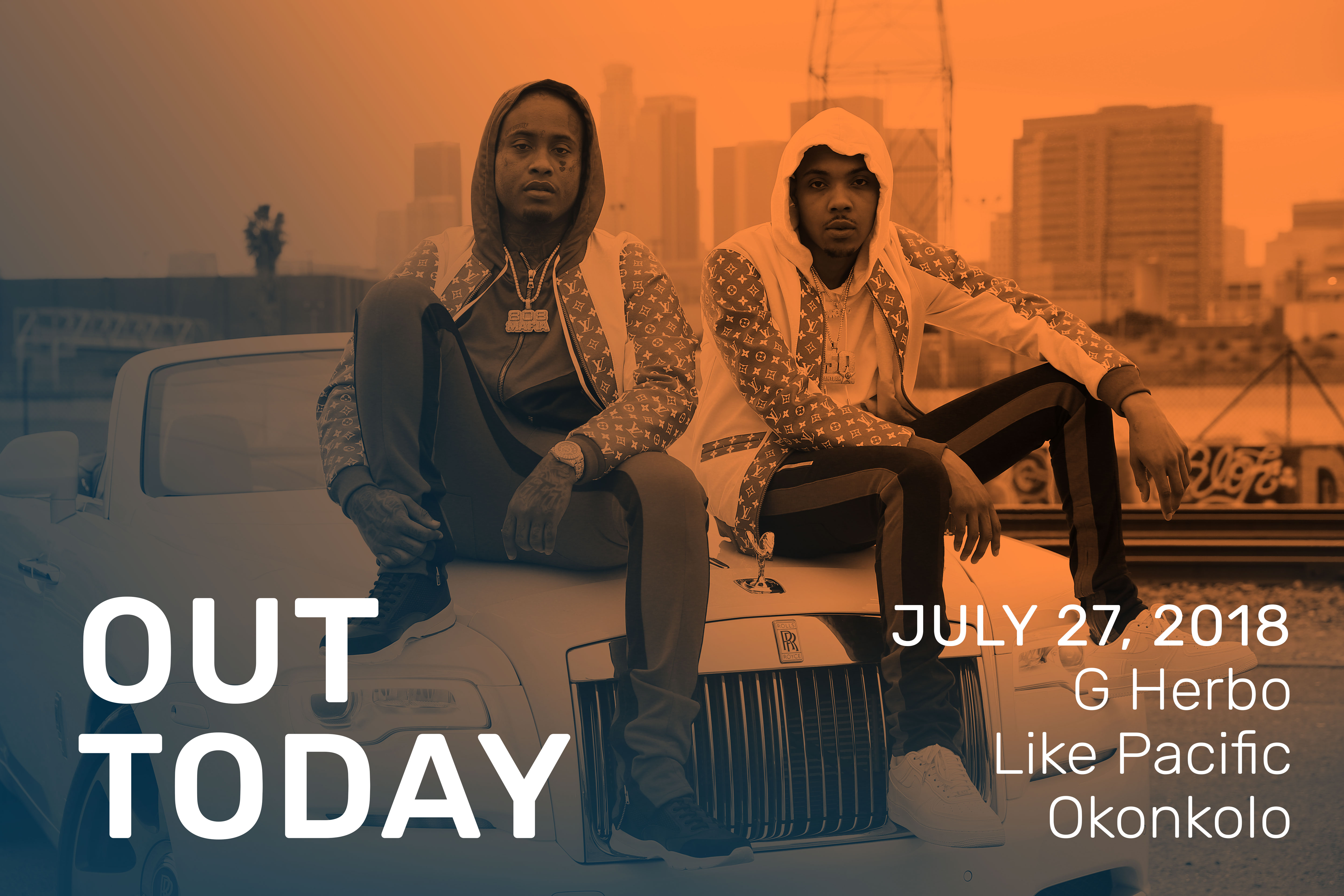 As you turn your fans to top speed and try to avoid the mid-summer humidity, we’ve got some fresh new tunes to help you cool things down. First, Chicago rapper G Herbo releases his new album, which is even more playful than his last. Next, punk band Like Pacific is back with their sophomore album. Lastly, get your spiritual juices flowing as Santeria band Okonkolo delivers a special project via Big Crown. Read below to learn about these impressive releases, all out today.

22 year old rapper G Herbo, formally known as Lil’ Herb, releases his sophomore album Swervo via Swervo/Machine Entertainment Group. With his rise to fame in 2012 with the track “Kill Shit” featuring Lil Bibby’, G Herbo’s success has only picked up speed. Swervo features guest performances from popular artists Chief Keef, Young Thug, 21 Savage, and Juice WRLD. With help from Atlanta producer Southside, G Herbo brings his music to life while also introducing his new carefree alter-ego to his fans. The rapper tells Billboard about his future plans and how he has about 50 new songs recorded with another album coming soon. Recognized as one “of the best young spitters in the game” by UPROXX, G Herbo’s name is here to stay. Be sure to check his new album Swervo now.

Today, Canadian pop-punk band Like Pacific releases their highly anticipated album In Spite of Me via Pure Noise Records. You can expect to hear more angst on this album than their previous, Distant Like You Asked, as frontman Jordan Black says the album is about “wondering why [he] exists and contemplating [his] every move in life.” The band put in a lot of work to perfect their writing and bring their energy onto the stage. Their honest lyricism mixed with dynamic and upbeat vocals deliver a sharp sound their fans will enjoy. The song “Self Defeated” (below) has been called a pop banger by OUT and features lead singer Jordan, a member of the LGBTQ+ community, navigating the punk rock scene with a lighthearted video. The band is currently on the road with their tour ending in early Fall. Give their new album a listen while unwinding this weekend.

Okonkolo, a Yoruban Santeria band, is back with a full length album titled Cantos via Big Crown Records. Musically, Cantos takes you on a journey with sounds from South America, Africa, the Caribbean, and even NYC. This music is traditionally associated with Cuba as it was brought over to the states due to transatlantic slave trade. The record is said to be unlike any other, expressing emotion through traditional sounds and imagery. With rhythm and passion, prepare to be transported into a spiritual haven. You will hear emphasis on the drums, as is natural for this genre as well as a strong bass, guitar, and horns. With nine tracks, each song brings a different flare of textured sound. Close your eyes, breathe deeply, and prepare to have your mind carried into other realms as you listen to Cantos, out today.

That’s a wrap folks, thanks for stopping by! Be sure to come back next week for another Out Today by The Orchard.