Out Today by The Orchard: Protoje, Let’s Eat Grandma & More 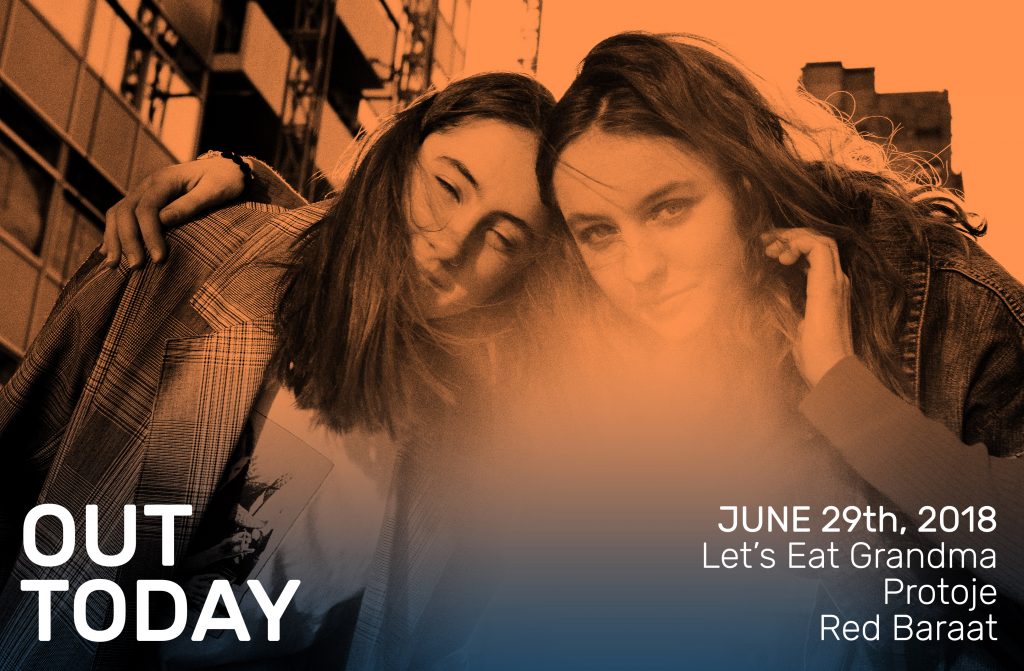 Hello music maniacs, fanatics and lovers. Fourth of July is around the corner! So whether you are preparing to fire up the grill, dive into some fresh watermelon or sit back and watch the fireworks, we hope these tunes will add to your summer playlist. First we have reggae superstar Protoje delivering an album that merges modern and classic sounds. Next, experimental pop duo Let’s Eat Grandma releases their sophomore album that’s on another level. Last (but certainly not least) Brooklyn-based group Red Baraat makes yet another heart-pounding and infectious collection of Punjabi folk music. Get into the dancing mood with these major releases, all out today!

Reggae artist Protoje releases his fourth album A Matter of Time through Easy Star Records. This long awaited follow-up album comes to us after his acclaimed 2015 album Ancient Future. Produced by his long-time collaborator Winta James, the 10-track album includes previously released tracks including “Blood Money,” “Truths & Rights” and “Bout Noon” as well as a two guest features with Chronixx. With this collaboration, you’ll hear a blend of influences as they explore Protoje’s robust lyricism with a catchy yet intense hook. The album in its entirety cultivates the essence of Jamaican roots while also channeling a wide array of musical styles from dancehall, dub, hip hop and rock into one cohesive body of work. Get a glimpse of Protoje’s romantic side with the official music video for “Bout Noon” before listening to whole record here.

We are all ears for I’m All Ears, British duo Let’s Eat Grandma‘s new release through PIAS. This album is an even greater revelation than Rosa Walton and Jenny Hollingworth’s globally acclaimed debut I, Gemini. The second act from the British teenage vocalists, multi-instrumentalists and songwriters is the most startling and thrilling record you may hear this year. It comes to life with furious pop, unapologetic grandeur and intimate ballads in an 11-track collection. Their album experiments with various realms of synthetic sounds, especially with their 11-minute closer “Donnie Darko” that fluctuates from tough indie-pop to expansive house stomp. Clearly this album is onto something special as it was named Album of the Week by Stereogum. Check out the official music video for their single “Hot Pink” that Fader is calling “a triumph of metal echoes, clashing textures, all of which converge for a euphoric ending.” Then dance your way through the full album here.

Red Baraat delivers it’s explosive album Sound the People via Rhyme & Reason Records. The six-person band’s burst of funk, jazz, hip-hop and Indian Bhangra gives you the perfect beat to dance uncontrollably to. It’s a nine-track album featuring many notable artists of varying musical styles, making it the perfect combination of multilayer and meaningful soundscape that everyone can appreciate. Famously known as being “the best party band in years” by NPR, Red Baraat turns their celebration into a full blown eruption with their newest project. “Kala Mukhra”, the first single from the album, was featured on NPR’s All Songs Considered. Listen to the album’s title track below and check out the full LP here.

That’s all folks. Happy Fourth of July! We’ll see you next week.