Out Today by The Orchard: Wintersun, In The Radiant City & More 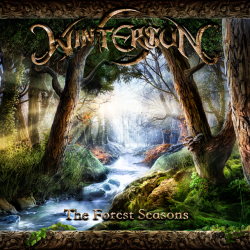 We’re in the throes of summer now, and here in the city it’s starting to really heat up. Rain or (blisteringly hot) shine, here at The Orchard we are still dedicated to bring you some of this week’s best releases, and today we’re highlighting a little bit of everything. Whether you want to soak up the sun or sit in the shade, this week we’ve got something for every climate, from metal to movies to comedy.

After five years of making us wait for new music, Finnish melodic death metal powerhouse Wintersun releases The Forest Seasons through Nuclear Blast. Passion project of Ensiferum juggernaut Jari Mäenpää, Wintersun blends the melodies of traditional Scandinavian and folk music with supersonic technicality and powerful sound. The symphonic power metal group’s latest release is only four songs but clocks in at over 53 minutes total, each song varied in its representation of a different season yet transitioning smoothly between tracks. Jari’s performance features ferocious growls to clean vocals. Their sweeping melodies with extremely meticulous orchestration pair with their unforgiving riffs and death metal sound making The Forest Seasons quite a ride. Check out Jari’s guitar play through for “Eternal Darkness (Autumn)” before getting the full album here.

For a thought-provoking family drama that offers a new and challenging perspective on justice, we present In The Radiant City. This story comes from truth, taking inspiration from an article highlighting the fallout of major tragedies on the families of the perpetrators. The film follows the story of the small-town Yurley family as they deal with the return of prodigal son Andrew, who testified against his brother for a horrific crime years ago. His brother is up for early release, and now Andrew must decide whether to help him in the parole hearing. Powerfully authentic and character driven, In the Radiant City challenges the idea of black and white, combating intimate struggles within a family as well as asking larger questions about violence and justice. Watch the trailer below before diving into the full-length here.

British comedian Freddie Farrell releases his debut album, Excuse Me While I Burst into Flames, brought to you by Comedy Dynamics. The Brit’s short storytelling style keeps you hanging on his every word and his clever observational material puts a new twist on everyday life. Farrell will address you like one of his closest friends, delving into his own life with complete honesty and not holding back, covering everything from his awkward sexual escapades, his drunken shenanigans with friends, or the time he pooped his pants. His likable and friendly presence makes you smile before he even gets to the punch line and once he does you’ll be in stitches. Check out the full album here. 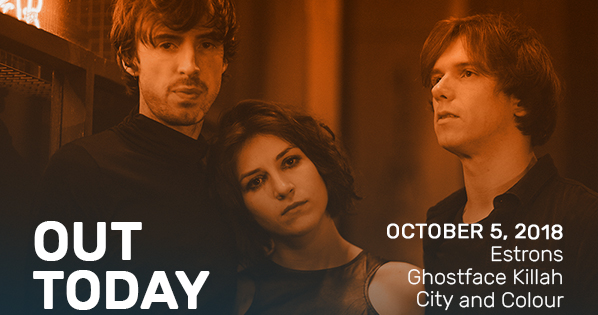 Out Today by The Orchard: City and Colour, Ghostface Killah & More

Whether you're gearing up for a wild weekend of parties and shows or winding down for a few days of relaxation, we've got an album to mirror your plans. Turn it up with hip-hop legend Ghostface Killah, take action with angsty pop-rock group Estrons, or cozy...