Play It Back With Sugaray Rayford

There’s no doubt the music has been shaped by Black artistry and storytelling. To honor and celebrate Black History Month, The Orchard highlights the history we know and love most: music. We asked a few of our distributed artists about their most influential legacy act. See what these current creators have to say in our “Play It Back” series. Hear from Blues artist Sugaray Rayford, with his interview below.

“Blues and Soul man,” Sugaray Rayford, underscores his values and aspirations while talking about his legacy influence, Bobby “Blue” Bland. Rayford was nominated for a GRAMMY last year for his critically acclaimed album Somebody Save Me. Rayford recently contributed to an exclusive compilation record, A Benefit For Equality, which celebrated Black artists in the Blues genre and raised money for the NAACP. Read on to see how Sugaray Rayford uses music to unite and reflect on the human condition.

Wow, that almost goes without saying. If you’re an American, as well as in quite a few other countries, but if you’re an American, I mean Black history is American history. Our people we built D.C., we engineered D.C., we financially put this country on our back. And those are true statements even though they haven’t been taught in school, and I had to learn many things after school. Black history is American history and we are Americans and we are a cornerstone of this country and of this democracy. It’s very very important not just for those who are not Black but it’s also important that Black people understand their role in the history of America. It’s a very important thing.

Which Black artist was a key influence in your musical direction and career?

I would have to say, and there’s millions of them out there, but right now I’m really keying into what Mr. Bobby “Blue” Bland did. I had the pleasure of meeting his wife and son and I’ve been going through his discography and body of work. Musically, vocally, Bobby Bland has really been, over the last year/year and a half, washing over everything that I’ve done and how I’m approaching things musically at the moment.

Black history is American history and we are Americans and we are a cornerstone of this country and of this democracy.

What about this artist really helped define your music?

I think that Mr. Blands struggle with illiteracy and other demons that he was working with and the fact that he was able to, without so much of a formal education, put together a band and a business, and hold it together and to be successful with it. Even today in the soul and blues world if you mention Bobby Bland’s name, his body of work hasn’t diminished with time. I think that is the mark of a great artist to me, in my opinion.

What’s your favorite song from this artist? Why?

Man I really love, everybody has their favorites, but I really love “I Wouldn’t Treat A Dog.” It’s this great song, it says, “I wouldn’t treat a dog the way that you treated me…” And if you listen to the lyrics of that song it is life incarnate, *singing* “When I was up, [oh] you was always around,* When I needed you the most you couldn’t be found.” I mean the lyrics are not super sophisticated but they’re just directly to the point and as my Grandma would say, “They cut right to the white meat.” That is why it’s my favorite song.

If you could ask this artist anything, what would it be?

Man! Wooo that’s a crazy one cause you know, Mr. Bland, the women loved him and sometimes the men hated him. I guess the question I would want to ask the most is “who helped him form his sound and when did he have the epiphany that that sound was the ‘Bobby Bland’ sound. “ I would ask him that question.

Why is this artist so important to you?

It is because of his body of work, who the man was, and the struggle that he had to become successful and the way he went about doing it without losing his integrity or bowing down for his morals and his principles and making unbelievable music that last generations. That means a lot.

What is something you want to pass on to next generations as we remember, honor, and celebrate the legacy of Black artists?

The main thing that we can pass down to the next generation is culture. Culture and we can also pass down integrity (or what integrity looks like) and sincerity. But mainly culture, because it’s the one thing we as Black people have in abundance. We may not be the richest or wealthiest people in the world but when it comes to culture, we are as deep as the Mississippi and as wide as the Amazon is long. We have culture. And that is something we should pass on to the next generation and hopefully it will never be lost. Now that does not mean that culture is stagnant. The next generation, just like we have, need to take that culture, expand upon that culture, always looking to the future but always respecting history.

We may not be the richest or wealthiest people in the world but when it comes to culture, we are as deep as the Mississippi and as wide as the Amazon is long. We have culture.

How can music be used as a form of resistance or joy?

You name any form of resistance in this world that music didn’t play a party in.  Whether it be from Mr. James Brown, Public Enemy to BDP to Anderson .Paak, you name it. If you’re going to resist something, music is that extra force that helps you get into people’s minds, hearts,souls and spirits. You take someone that’s the highest form of aggression and give them music and soothe them or take the easiest going person in the world and put the right music behind them and they can knock down walls with their bare fists. It can enhance joy, it can enhance sorrow, and enhance, accompany and embody any human emotion in this world. Not just humans, because you know, even animals love music. But then again humans, we’re just another form of animal even though we like to think we’re above everything but that’s a whole other conversation. We’re just people.

And black music has always been there for Black folks. Whether it was drum and fife, or work songs singing in the fields, to the soaring soul stirring music of gospel, to the trumpets of Miles Davis to the twang of B.B. King, our music has always taken our people through all the troubles and strife, that we’ve dealt with in this world on this side of the ocean anyway.

Music is definitely a form of resistance and a form of joy and in the immortal words of the Isley Brothers and Public Enemy, “We must always fight the power” Right on.

How do you connect with fans who say your music has helped them through 2020 or life in general?

Well, you know music is that thing, again it’s like being a preacher or preaching gospel, it commutes thoughts, feelings, prayers, hopes, lies, and understanding. So when people tell me that, and they have told me that, I’m moved and all I can tell them is that if this story helps someone that’s a blessing because that’s all you can do. And it also connects you to realize that what you’re going through is the same thing that other people are going through. It doesn’t matter how much money you have or do not have. Everybody has the same problems because we’re all still humans whether you’re black, white or latino, or whatever your ethnicity may be, we’re still all humans so we live in the human condition. Music really helps the human condition transition through this life, no matter what you’re going through. So in general I’d just say if my music has helped you then I am blessed and I have achieved a goal that most musicians never actually achieve so that’s a really cool thing.

Everybody has the same problems because we’re all still humans whether you’re black, white or latino, or whatever your ethnicity may be, we’re still all humans so we live in the human condition. Music really helps the human condition transition through this life, no matter what you’re going through.

Music really helps the human condition transition through this life, no matter what you’re going through.

Man that is a tough question. My whole reason for doing music was to have a little piece of immortality so I wouldn’t just be forgotten through history and the ravages of age. But my son has come along and he helped with that.

I guess I want people to… I’ve never thought about this because I plan to play music for another good 30 years or so, as long as the voice holds out and the legs hold out… I guess I want them to listen to my music and first of all, shake what their momma gave them. Secondly, to know that I had integrity. Thirdly, to know I was human. And, last but not least, to let them know that I was just a guy just like anyone else. That’s what I hope for. 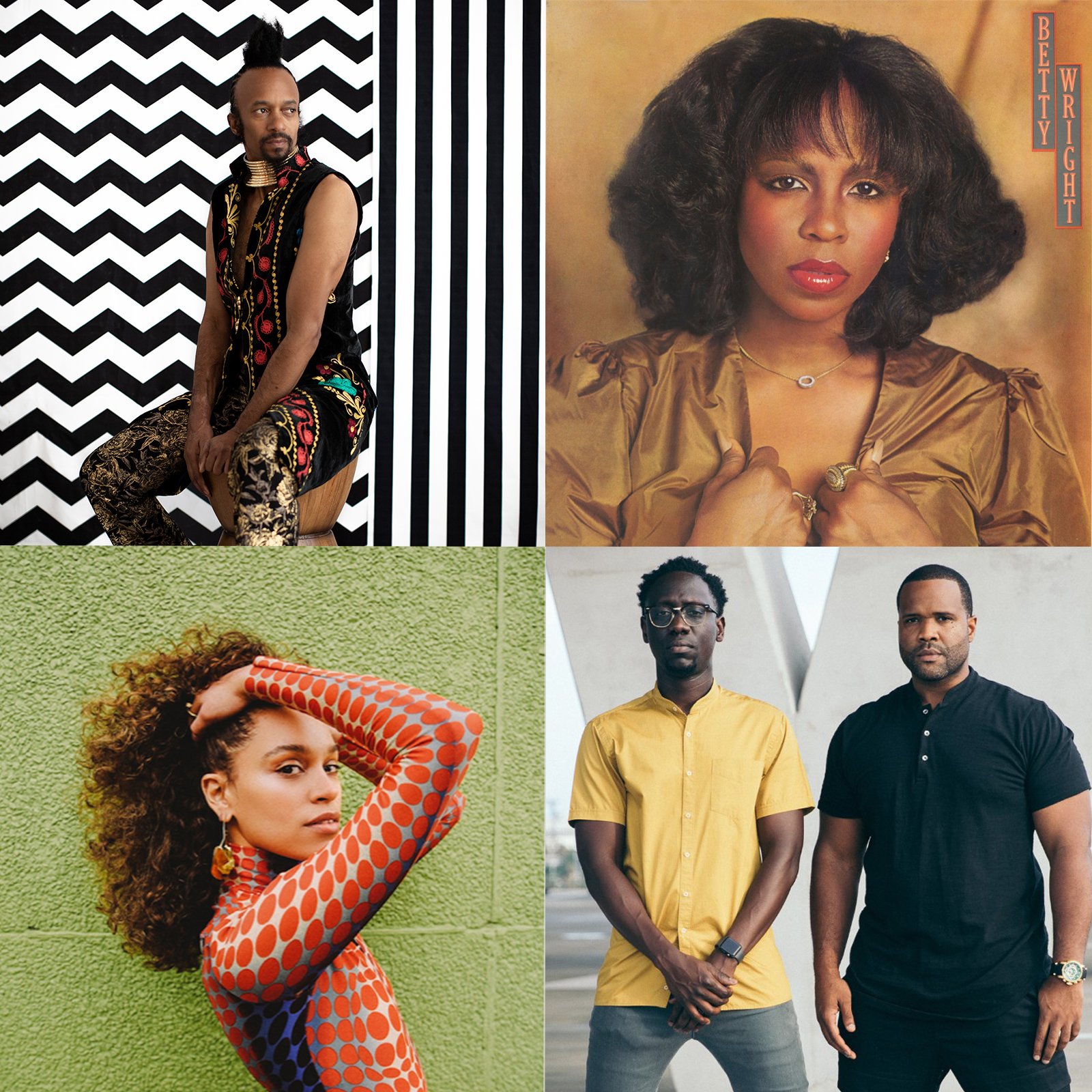