90 years old, and still making music. Not just any music. Elza Soares continues to make some of the most influential and awarded music in Brazil.

One of the greatest personalities in the history of Brazilian popular music, Elza Soares has been releasing music since the 1950’s. In 1999 Elza was named Singer of the Millenium by BBC Radio alongside Tina Turner. In 2015 the Rio de Janeiro-based performer returned after a seven year gap with the release of A Mulher do Fim do Mundo, which translates to “The Woman at the End of the World.” The album earned critical acclaim throughout the music industry including the Latin Grammy Award for Best MPB Album, Best National Show awarded by Folha de São Paulo and the State of São Paulo, Best Album awarded by APCA (São Paulo Association of Art Critics) as well as earning Rolling Stone Brasil’s Best Album of 2015 and Best Music of 2015 (“Maria da Vila Matilde”). Additionally the album won the Brazilian Music Award 2016  Best Album in the Pop / Rock / Reggae / Rip Rop / Funk category and so many more. In 2016, Elza sang the opening for the Rio 2016 Olympic Games.

Did Elza stop there? Not a chance. She continues releasing awe-inspiring music with her latest albums Deus é Mulher, which was nominated for a Latin Grammy (2019), and the most recently, the celebrated Planeta Fome. The latter of which was launched beside her performance at the Rock in Rio 2019 festival, as the main attraction of the Sunset Stage.

Throughout her career Elza has never held back. These critically-acclaimed albums were not popular only for their musicality, but also for their purpose. Each of her works instigates the listener to reflect on the condition of individuals living in a violent society, reflecting upon social and political criticism of Brazilian reality and the world around. At this time, with an even more direct, forceful, global discourse, Elza continues to parallel her critiques with a proposition of rebirth and hope. Her shows are equally if not more powerful. Her performance pieces speak for the oppressed covering topics of religion, decolonization, abuse, corruption, and LGBTQ+ rights.

Leading up to her 2017 performance at the Town Hall, her first US performance in 20 years, The New York Times stated, “She’ll incant proclamations of pride as a Black Brazilian woman, and call on the crowd (in Portuguese) to assail the powers that be.” This has and will continue to be Elza’s message. A voice of empowerment and hope for her community. In the same article, her drummer and musical collaborator Mr. Kastrup states, “The way that she speaks honestly and thinks about gay people, and thinks about Black people, has caused her many troubles,” … “But a lot of people here have felt represented by her. It happened in a different time and it’s happening now, with young people who still feel represented by what she’s speaking about on this new album. She’s an important force.”

Beginning with her second album bravely titled A Bossa Negra, released in 1960, Elza stands up for her femme Black culture in a society that has continuously oppressed just that. Her massive 2015 release A Mulher do Fim do Mundo, unveils God as a Black woman, a saviour. She goes on to release Deus é Mulher, heavily themed with domestic abuse, lifting women up with her words and encouraging them to fight and find their way out through self-love. PAM describes Deus é Mulher as “a bible for transgression, a manifesto for activism addressed to the oppressed minorities of Brazil and anywhere else.” With Planeta Fome, Elza describes her experiences with persecution and hunger not only in terms of food but in terms of health, education, diversity, and equality.

Elza Soares continues to release new music to this day. Her latest single “Negão Negra” featuring Flávio Renegado, dropped last week. The intro of the song translates to “It has never been easy / And it never will be / For the black people / To break free from prejudice / It was always a struggle / It was always a fight / Against structural racism.”

Elza Saores has been a beacon of hope in Brazilian music but she is not the only one and will not be the last. Music can change the world. Keep creating, listening, learning, and spreading hope and inclusion.

Deathcore Forefathers Despised Icon Roar Back to Life With “Beast”

Rejoice: After several silent years, deathcore pioneer Despised Icon is finally poised to release its new album Beast this July. Long-time fans of the Montreal-based band will be happy to know that Beast stays true to the heavy sound of the group's early al... 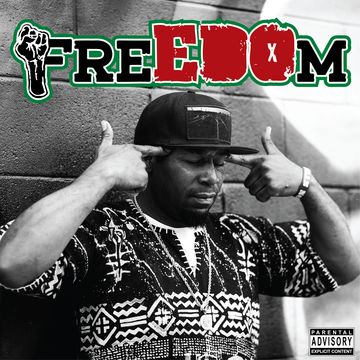 The Icon Edo.G Returns With “FreEDOm!”

EDO.G (Every Day Other Girls) hailing from Humboldt Avenue ("The Boldt") in Roxbury, Massachusetts has returned to bless us with his new project FreEDOm via Red Line Music Distribution, Inc. Now, lets take a second and think back. The first time the mass...