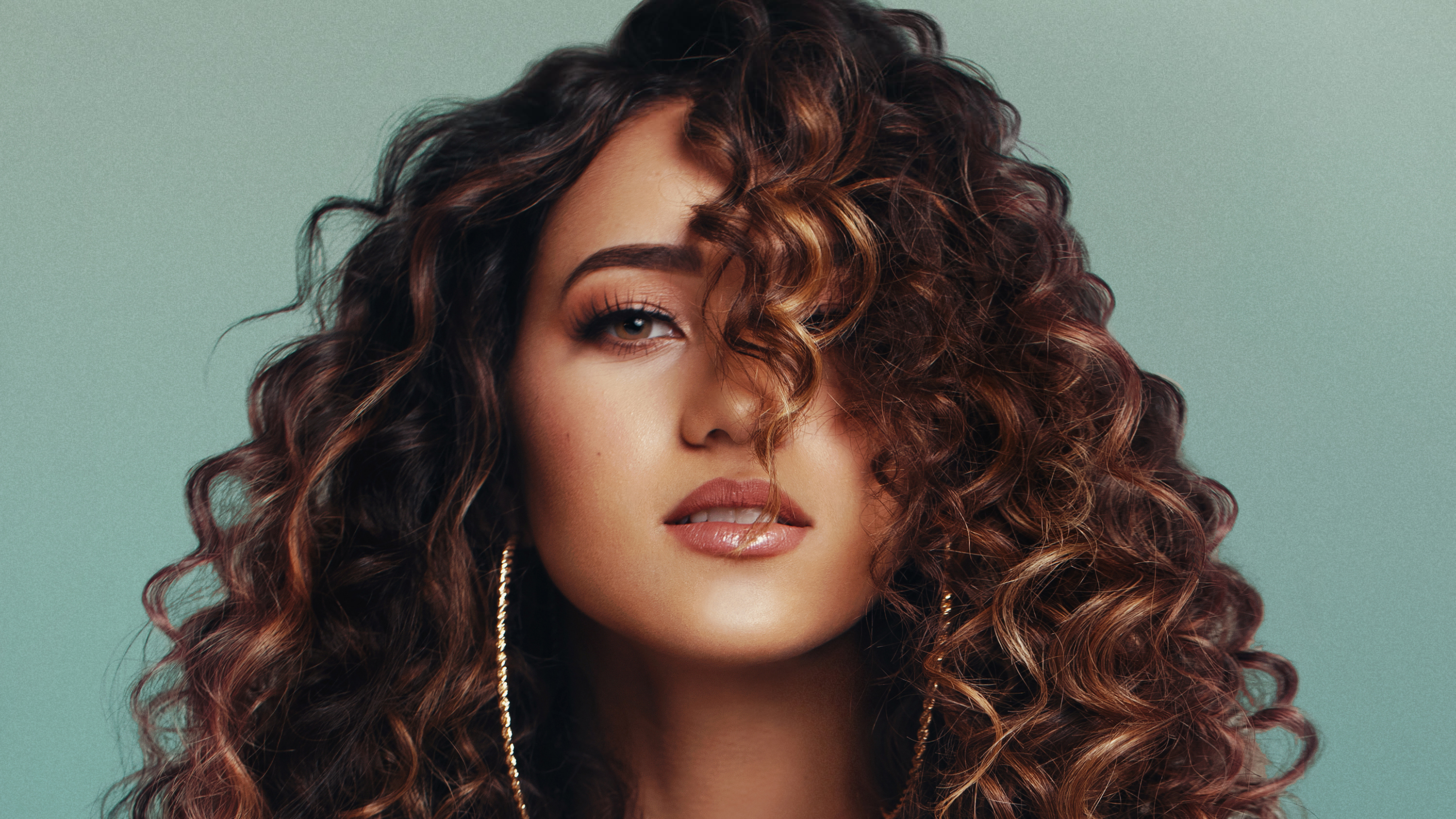 Child prodigy, Skylar Stecker has been performing since 9 years old, singing the National Anthem over 100 times at sporting events such as the Packers, Clippers, Lakers, Dodgers, Angels, to name a few. After gaining nationwide recognition through Elvis Duran’s Artist Of The Month award, she was set on a course to stardom.

In the following years, she released three number one hits including the infectious Billboard dance hit “Only Want You” and “Blame.” to follow. In 2018, she took hold of her career in her own hands, leaving her label and going independent. Skylar stopped by The Orchard, performed a few songs, and shared the joys and some of the challenges of being a young, independent artist. Not one to sit around and wait for things to happen to her, Skylar says she’ll be her own redemption — rather than wanting or waiting for it.

So, it’s 2019. Tell us what’s in store for you the rest of the year. You’ve got a new album coming out.
Yeah! The album is called Redemption, and it’s coming out on March 15. I will be performing on March 22 in Los Angeles and then on March 30 in my hometown of Wisconsin. I’ve toured twice before, but I haven’t performed any solo shows with new material. It’ll be really fun for me to have a solo opportunity to perform new music and the whole Redemption era. My next single comes out when the album is released, and we’ll launch a video for that as well. I also have a docu-series coming out soon. 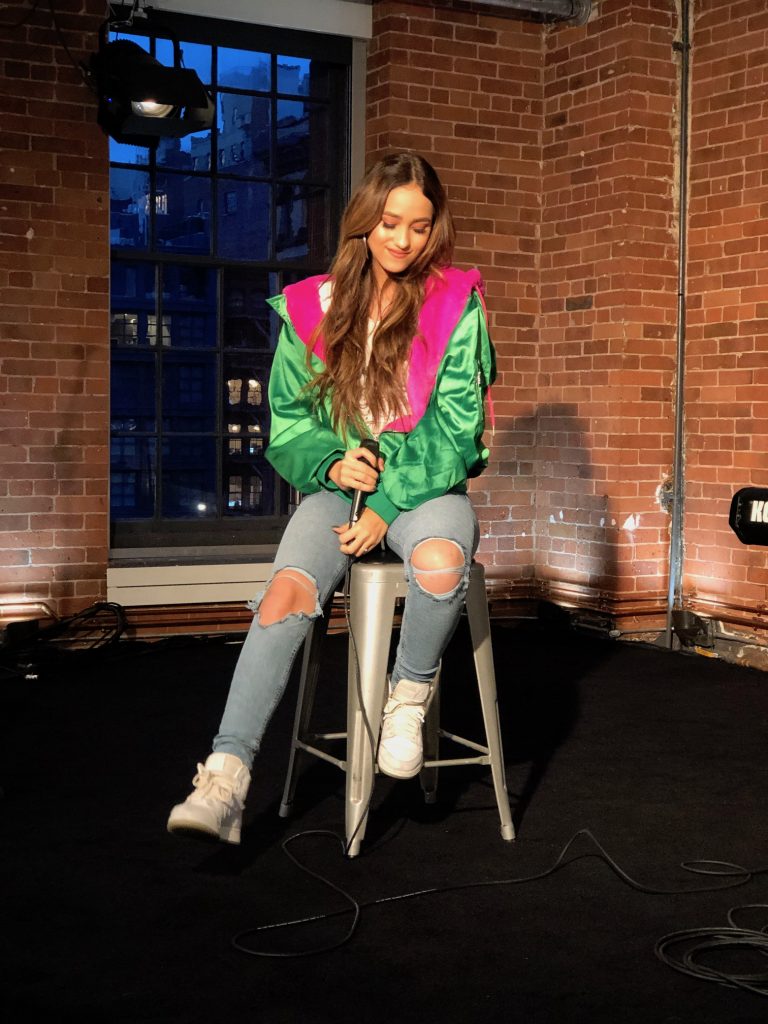 Can you talk to us a little bit about your album and the vision behind it?
I actually had a whole other album I was going to be putting out and then about six months ago I wrote “Don’t Test Me” and “Let It Pour.” I scrapped the whole album and then started another one from scratch. I didn’t have a name for the album — but Redemption, which is one of the songs in the album, just seemed like the right word to put everything together. The whole album has a theme of inner-confidence and strength. The songs are vulnerable and about strength; they examine inner self-worth. And they’re a reflection of myself. I can say I’ve built up my own inner self-worth over the past year, and it makes me really excited that I get to put out my music, open up for the first time, and have a piece of work that I’m so proud of. It’s a mini time capsule because I’ll look back and know they’re all stories. Every song is like an “Oh this was about this and “I remember when I did this” so it’s really cool to have a piece of work that brings it all together.

How would you describe your music? What are some of the tracks you’re most proud of?
I think the two best words to use when I describe my music would be powerful and honest. I love “Redemption” because it’s my theme song. There’s another that’s called “This Is Me Now,” which gives homage to my old album This Is Me. Before I even wrote the song, my mom and I would always joke around, “Oh we should name the next album This Is Me Now.” Later when a co-writer and I were writing the song, he said “What if we ended on ‘This Is Me Now’?” And I was like, “Oh my gosh that is so funny!” So, it was meant to be. Writing the song also made me realize how much has changed since my last release three years ago when I was 13.

It’s impressive that you released an album at 13. I’m sure it’s a big difference listening to your 13-year-old self now that you’re older.
A lot has changed. I’ve definitely learned a lot just from going through life and being in the industry. I’ve always been confident with my music because I’ve always just known that this what I am supposed to do. Over time, with obstacles and everything that happens in life, I’ve learned how to overcome things and be stronger — exactly what Redemption talks about. I’ve learned that it has to be up to you. At the end of it all, you have the power within yourself to create what you want to create and how you want to create it. Especially as an independent artist since leaving my label, I’ve had to steer a lot on my own. It’s been really exciting seeing the growth and also looking back and not regretting anything that happened. We all grow in life. The trials and tribulations have made me the person I am today. I also wouldn’t have any of the material I have now if not for those experiences. Obviously, things seemed rough at the time, but I’m really grateful for the whole journey. It’s not easy at all, but it’s really fun because I love a good challenge. It makes you a stronger person.

That’s very mature, and it definitely comes across in your music. What inspires you when you’re sitting down and recording in the studio? 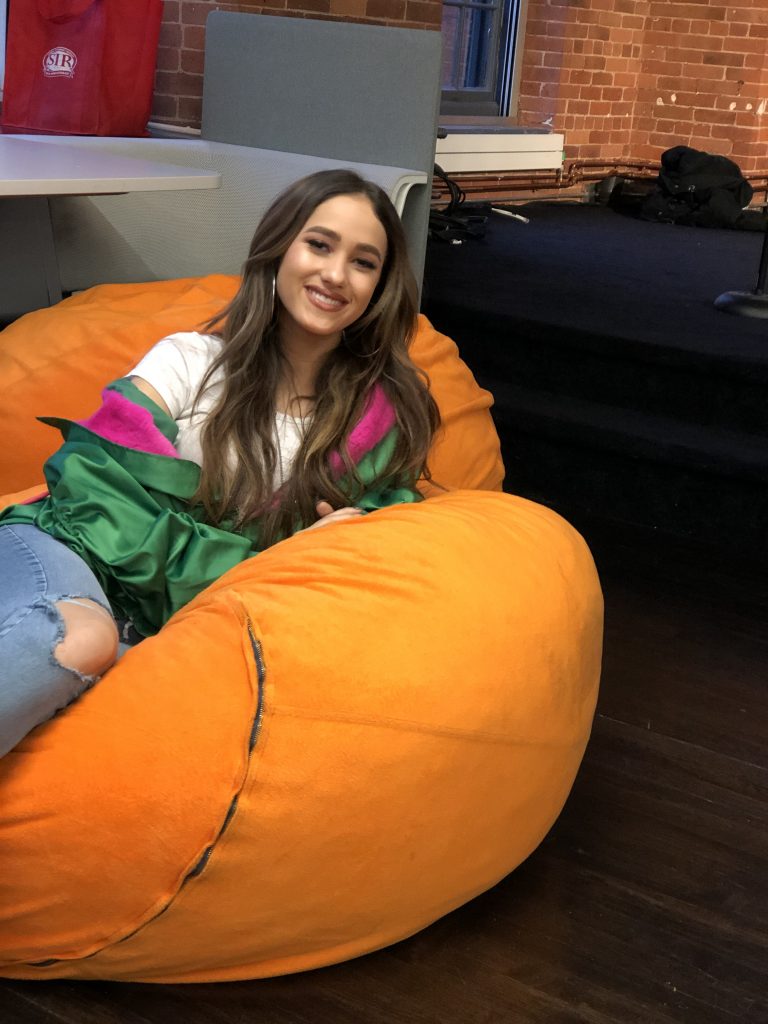 I am inspired by a lot. This whole year I’ve been inspired by personal life experiences. Sometimes I imagine myself on the opposite side of a situation to get a wider perspective. This way I’m able to get as much as I can from those experiences.

Seems that you have creativity down to a science. Who do you look up to?
I love Bruno Mars — he definitely is one of my favorites. I like Beyoncé too…who doesn’t like her? Alicia Keys first inspired me to play the piano while writing songs and to incorporate that in my music. I recently saw Bohemian Rhapsody and have a whole new love for Queen.

If your music could share one message to the rest of the world, what would it be? What’s your message to your fans and to new listeners?
I would want to share a message of inner strength and self-confidence. I’ve learned that you need self-worth to achieve your goals. Positivity and optimism are huge, too, especially for my generation. I feel like we sometimes get so consumed in our own negativity. We think, “It sucks that this happening to me right now.” We become more and more negative… just rolling down a hill. Where in reality, it should be like, “Alright, well it is what it is. Let’s move on and keep going.” I really want to be that voice for people and inspire them to keep going. No matter what’s going on at the end of the day we only have one life, so let’s make the best of it.

That’s really good advice. Where do you see yourself in the next five years of your career?
I’ve barely scratched the surface of where I want to go and things I want to do! I want to be one of the greats. I know it’s a long journey to get there so I have to continue to put out material and stay dedicated. Even if it’s not something that’s perfectly put together… if I feel like a song needs to be released out to the world, then I’ll release it. It’s one of the great things about being independent: freedom. I want to be honest and open with my fans through my music and continue to put out consistent content. I also would love to go on a solo tour. So basically, I want to grow as an artist and keep an open mind to new experiences and levels of creativity. 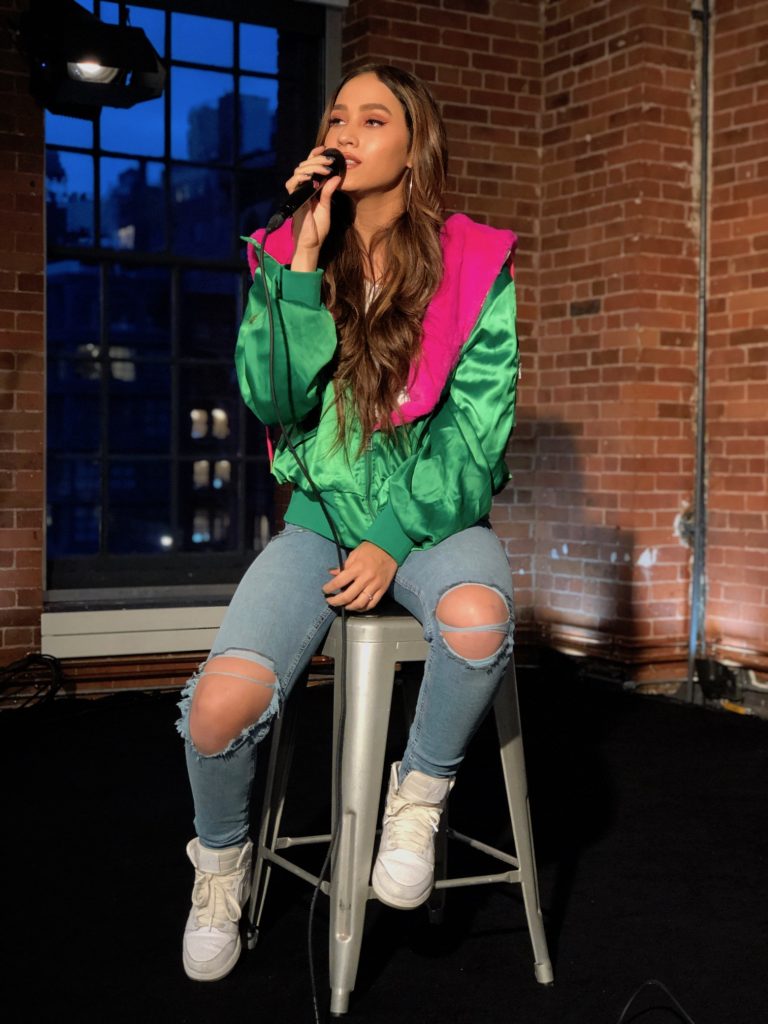 It’s probably very hard to juggle everything these days.
I’m a junior, homeschooled, and almost done. It’s not easy but luckily it’s all workbook-based. I bring the workbooks with me on the plane and I just do it. It’s not that bad. I’ll usually have days where I don’t have anything, so I’ll sit in the room all day and devote time to the only school. It’s more about being responsible and doing the work than attending the school itself.

What would you tell artists out there who are young and trying to get their music out in the world?
I would say, it’s a lot of work so be prepared to do everything and anything. Be consistent and truly never give up. I swear I’ve seen so many people give up when they are so close to achieving their goals. I feel like you have to go through the hard times in order to get to the good times. So just keep pushing through! Believe in yourself and keep going, work really hard, and you can do anything you want to.

If you haven’t seen it yet, check out Skylar’s recent video for “Redemption.” 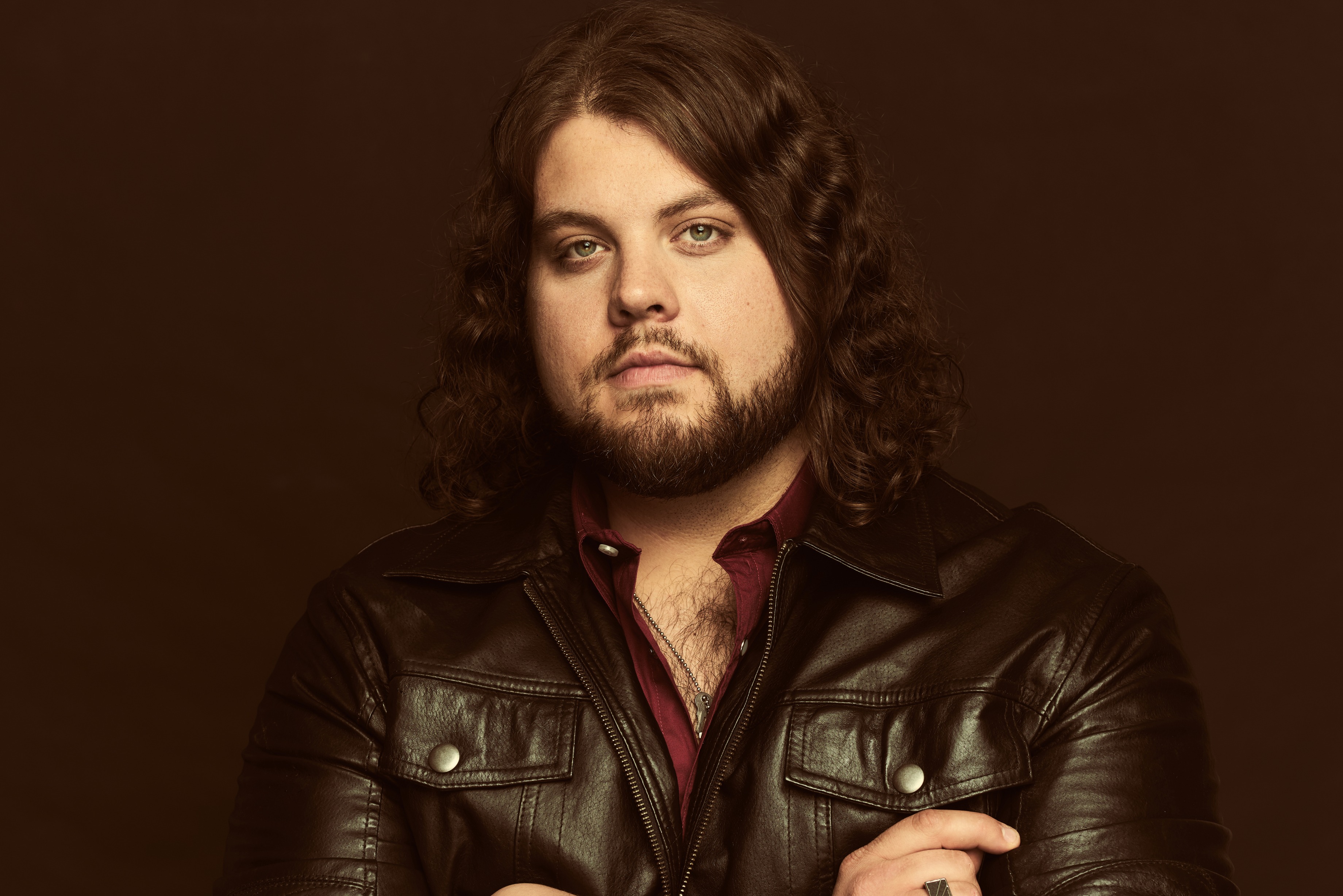