There are a lot of crazy things that go on during your college years, and in this group’s case, starting a band was one of them. Little did they know that making music professionally was about to become a huge part of their lives. The fun and fiery Diet Cig is comprised of Alex Luciano on guitar and vocals alongside Noah Bowman on drums.

The band released their first full-length album, Swear I’m Good At This, via Frenchkiss Records back in 2017, which featured hits including “Sixteen,” “Barf Day,” and “Maid of the Mist.”

We got a chance to chat with Diet Cig about their band’s journey and what they have coming up in the near future. Go ahead, read more about this exciting duo.

What is the story behind your band? How did you get started?

Alex: Noah’s band was playing and they were recording over at Salvation Recording Company, which is funny enough where we recorded our last album. We met at a show when I was a student in Digital Media Production. I gave Noah my number and told him I could make a music video for them. I ended up going to a couple of their shows. They looked like they were having so much fun and I soon realized that I also wanted to make music. When I told Noah, he agreed and said, “I have the resources and you can borrow my guitar.” I had a couple ideas that kicked off a few songs and for fun we threw together what eventually became our first EP. We played one show and then decided to record the songs so we would have them and eventually became our EP. We didn’t really think anyone would listen to them. Our producer/engineer encouraged us that our music was actually good and that we should share them with smaller labels. Before we knew it, our music came out.

How did you come up with the name Diet Cig?

Noah: I wish we had a cooler story but honestly we never planned on being a band as we were saying we were recording songs that eventually became our EP. When we were recording, we didn’t actually have a band name, we just came together to record some songs. But one thing lead to another. Eventually we got asked to play a show and the person putting on the show was asking us for a band name to put on the poster. Needless to say, we thought “Oh shit, we didn’t even think of a band name!” After firing things off with the group, Diet Cig came up. We thought we would only use that for the poster and then figure out the real name after the show. But Diet Cig stuck. No hidden message!

Alex: And we don’t promote smoking.

How would you describe your style of music? What are some of your all time favorite tracks?

Alex: We joke around and call our music ‘slop-pop’ because it’s pop and fun, punk-driven songs that are full of energy and feelings. But our songs can also get a little sloppy. At the core of it, they’re driven by emotion and shows we’re having fun. If I were to sum it up: pop, rock, and punk.

I think one of my favorite released songs that we’ve written is “Link In Bio.” It’s so fun to play, and it’s a song that we had the instrumentals down, but when we got to the studio we didn’t have any of the lyrics. As we were recording the vocals we figured out what the lyrics were on the spot. I really like that song. I’m proud of how it came together, and I feel like it’s one of our more interestingly laid out songs. Noah’s drum beat is really syncopated and cool. Such a fun song to play live!

Noah: “Link” is also a fav, but I think recording “Barf Day” was a lot of fun because we had a lot of back up vocals. My parents and our friends were singing backup! It became a big anthemic track when we wrote it in the practice space. It also became a big song that was a lot of fun to play — especially live.

If you could express one message through your music and your listeners what would it be, and why?

Alex: One major message: rock’n roll is for everybody. Your feelings are valid and are meant to be celebrated and shared. I didn’t know how to play the guitar very well, and I had never been in a band before this one. I just did it because it was fun, and I have grown to love it. I’m so grateful to be able to do it. You don’t necessarily need to be an expert with an instrument or have a lot of experience to be in a band and make music that you want to hear. I don’t want anyone to ever feel like their voice isn’t important enough or they’re not skilled enough to make great music, because that’s not true. Everyone’s got the magic in them and if you want to start a band, start a band.

If you could collaborate with anyone, who would it be?

Alex: I’d want to collaborate with a pop artist. Someone like Lorde or even Perfume Genius. Maybe an artist who has some interesting tracks versus the live rock’n roll instrumentals that we have. In my dreams, Lorde.

Noah: I think I would collaborate with artists who bring in various instruments from different cultural backgrounds. Bring in some African drummers or different musicians from around the world to create a kooky collage of music styles.

What is a song of yours that has a special meaning to you?

Alex: To be honest, all of our songs are very personal and have lyrics that derive from real experiences, so in that sense they are all very special to us. Our song ‘Apricots’ is an acoustic song on our last record and definitely still resonates. I wrote it while I was still in college. It’s really special because it mentions my mom. Whenever my mom comes to a show and we play that song she’s always gets a little emotional in the audience — I love it. That song is very special and resonates with me because my mom loves it and she’s the best.

What can we look forward to in the upcoming months?

Noah: We’re performing at the 20th Anniversary Frenchkiss Records celebration! We will be in the studio this Fall recording the next LP which we’re stoked about and anxious to get started on. We also have a couple festival dates bouncing around so be on the lookout for those dates. Mainly we’re just going in and recording so that next year we’ll have new music and be on the road again.

Alex: We’re hoping to be able to share footage and experiment on socials while we’re recording, because we’ll be recording the record for a whole month. Between our shows in October and August, we are hoping that we can share a little bit of our recording process and experience with our fans. We want them to get that special behind the scenes look while we create new music for them.

Your record label Frenchkiss is turning 20 and you are performing at the 20th Anniversary Event. What are you looking forward to at this party?

Alex: We’re going to be fresh out of recording so we are definitely going to play some new songs that we’ve never played before. It’ll be a ton of fun! I know our whole team will be there, and I feel like it’s going to be this big celebratory moment where we’re recognizing this label that’s been around for 20 years, while also celebrating that we finished recording and sharing new music with the people on our team before anyone else gets to hear it. I imagine it’ll just be a big group hug of an event. We’re excited to give everyone a sneak peak of what we’ve been working on.

Noah: Every time we play in New York all of our friends come out, and it always ends up being a longer night than we ever expect. We all have a good time! I’m not sure what we’re walking into… Maybe a circus? I want to see people flying through the air and being wild.

What piece of advice have you been given that you have kept with you along your journey of being a band?

Alex: Work hard and be nice to people.

Noah: Also don’t compare yourself to other artists. You can learn from other artists but your path is your path and you have to make your own choices. Just because one person is doing one thing doesn’t mean you should. Listen to yourself and trust what you’re doing.

“Just because one person is doing one thing doesn’t mean you should. Listen to yourself and trust what you’re doing.”

Alex: Shape your own path and know that the people who love your music will be there regardless of if it’s the thing everyone else is doing. And be nice, because it’s a lot easier to exist amongst others if you’re nice. It’s not an easy path to be on and being nice goes a long way. 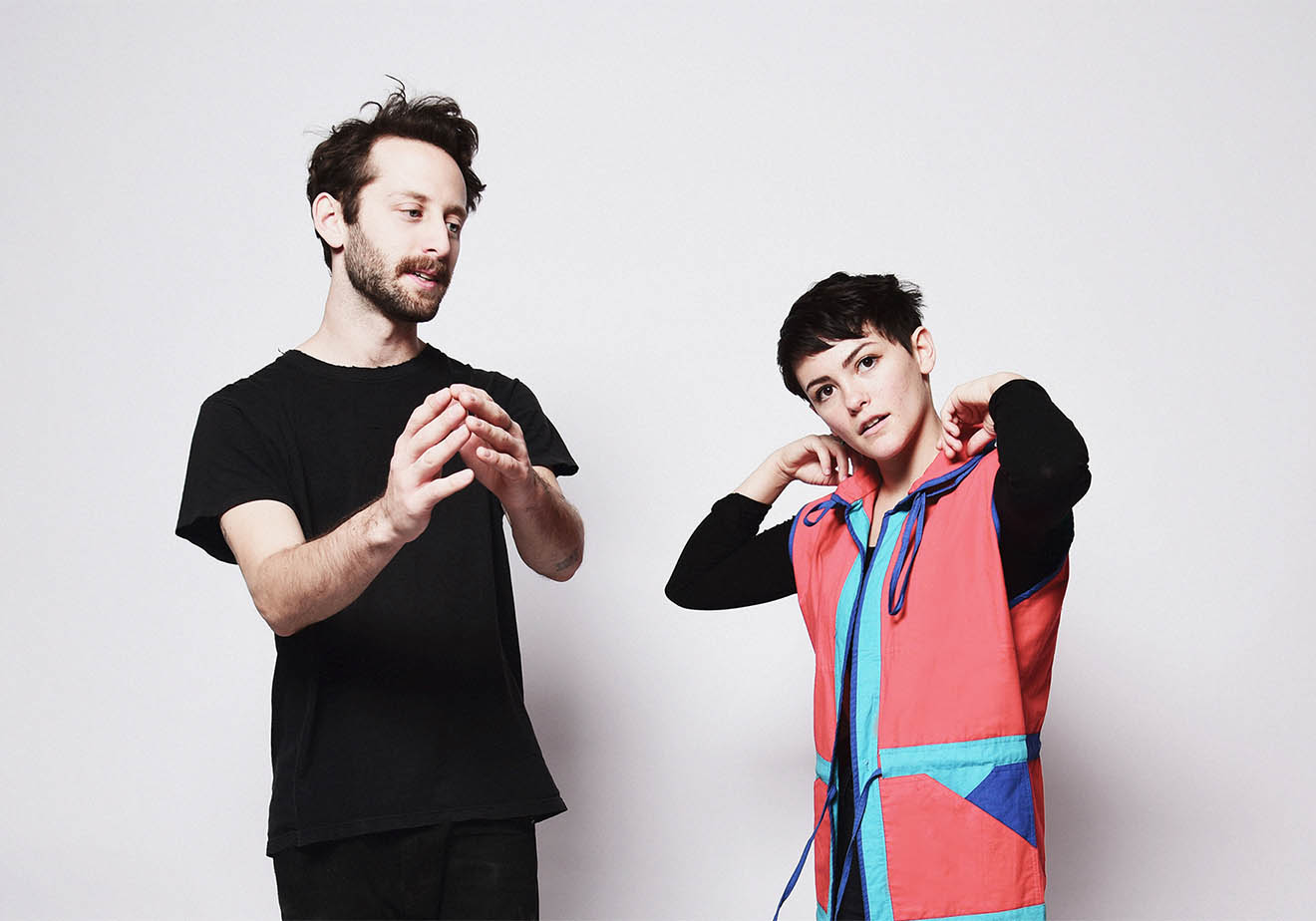 Diet Cig Really ARE Good at This

The talk of the town has rightly surrounded Diet Cig and their debut album Swear I’m Good At This. Available for pre-order now and on sale April 7th through Frenchkiss Records, this record is guaranteed to draw the good, the punk, and the misunderstood. “T... 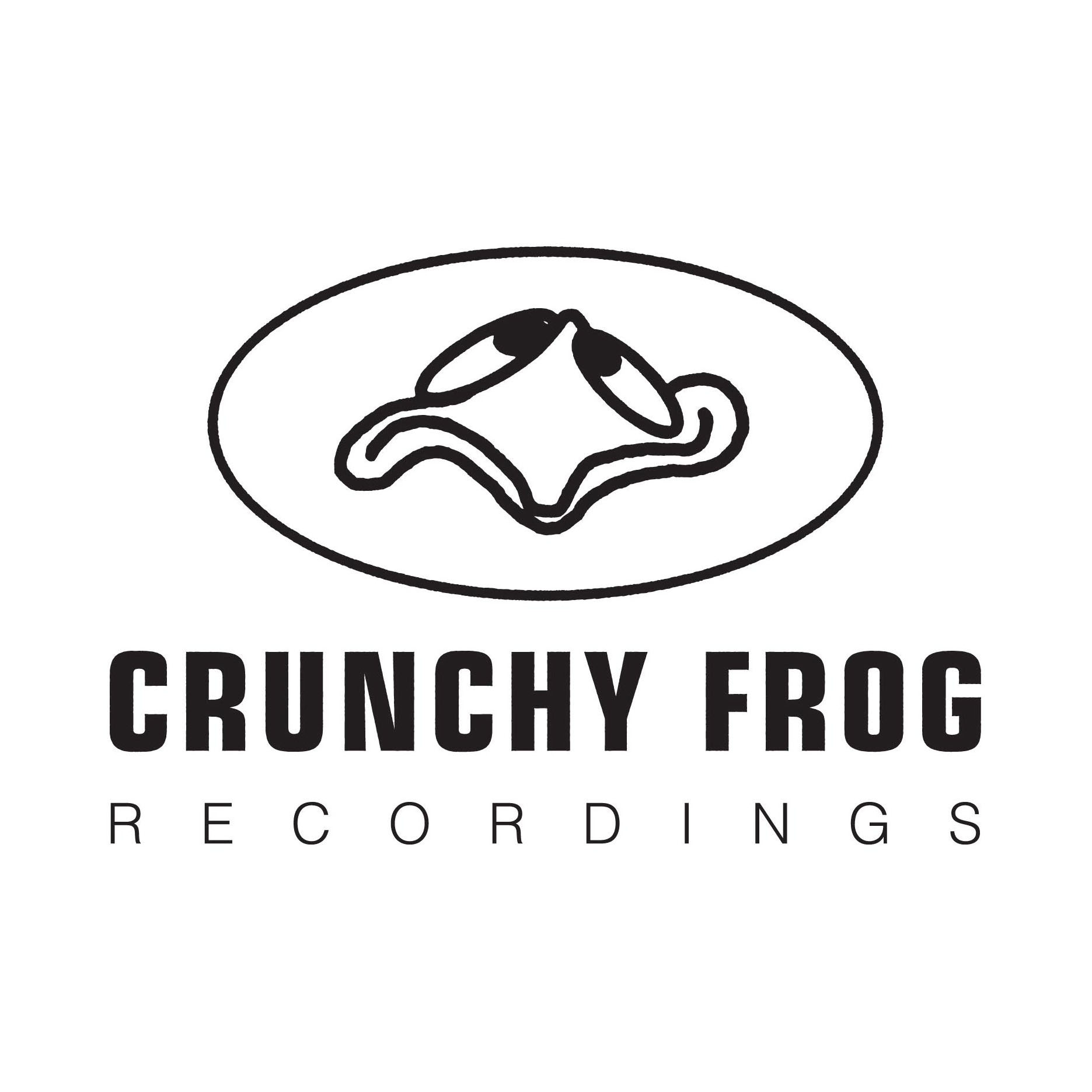 Crunchy Frog Team For 25 years Crunchy Frog has been crunching out unique music from their home country of Denmark. The label started as a way for Jesper "Yebo" Reginal and Ulrik “Nalna” Petersen of THAU, a Danish alt-rock band, to keep their songs righ...