GRAMMY season is back! The nominees for the 64th annual GRAMMY Award ceremony were revealed on Tuesday during a livestream event from the GRAMMY Museum in Los Angeles. And to no one’s surprise, The Orchard’s distributed artists and label can be spotted across numerous categories and genres, for a total of 40 nominations!

Hit-Boy, the executive producer behind King’s Disease II, also received a Producer of the Year nomination for his work on Nas’ latest masterpiece. As one of Hip-Hop’s most in-demand producers, Hit-Boy is no stranger to success with a discography that includes chart-topping singles such as “Flawless” (Beyoncé), “Drop the World” (Lil Wayne), and “Trophies” (Drake). Hit-Boy is the not-so-secret weapon behind both of Nas’s latest works, the GRAMMY-nominated King’s Disease II as well as its GRAMMY-winning predecessor King’s Disease.

This year’s Best Gospel Album nominations unsurprisingly featured some of The Orchard’s distributed work, from Maverick City Music’s Jubilee: Juneteenth Edition to Jekalyn Carr’s Changing Your Story. The American worship collective Maverick City Music have been redefining the Gospel music scene with their contemporary music that ventures past the boundaries of traditional Christian music. Over the past few years, Maverick City Music has topped charts and collaborated with some of music’s biggest names, such as Justin Bieber, P. Diddy, and Tori Kelly to name a few. The Tribl Records artists’ fifth live album, Jubilee: Juneteenth Edition, became a commercial success soon after its release, debuting at No.8 on Billboard’s Top Christian Albums Chart. This newly GRAMMY-nominated project consisted of a live Gospel A-side (“Breathe”), as well as a Rap/R&B produced B-Sided (“Same Blood”).

Jekayln Carr’s record sales, radio successes, and award-winning discography have made her one of the top young artists in Gospel music. Her fifth full-length album, Changing Your Story, is nominated for this year’s Best Gospel Album GRAMMY Award, the artist’s fourth GRAMMY nomination of her career. Carr’s latest uplifting album encourages listeners to overcome the issues and struggles that have plagued their lives. The album’s title song, “Changing Your Story,” quickly landed at the top of Billboard’s Gospel Airplay Chart, becoming Carr’s fourth #1 song at the young age of 23.

Starting in 2020, Sturgill Simpson (High Top Mountain Records/Thirty Tigers) returned to the music of his native Kentucky with two different bluegrass projects – both of which received nominations this year! His 2020 project Cuttin’ Grass – Vol.1 (Butcher Shoppe Session) received a nomination for Best Bluegrass Album. Less than a year after writing Cuttin’ Grass, Simpson wrote the concept album, The Ballad of Dood and Juanita, in less than a week. The Ballad of Dood and Juanita received a nomination for Best Country Album.

The biggest night in music will take place on Monday, January 31, 2022. Tune in to the live broadcast on CBS or on-demand on Paramount+ starting at 8PM ET/5PM PT. Find The Orchard distributed nominees below and the full list of nominees here.

The Isaacs – Songs For The Times (New Day/House of Isaacs)

Producer of the Year, Non-Classical 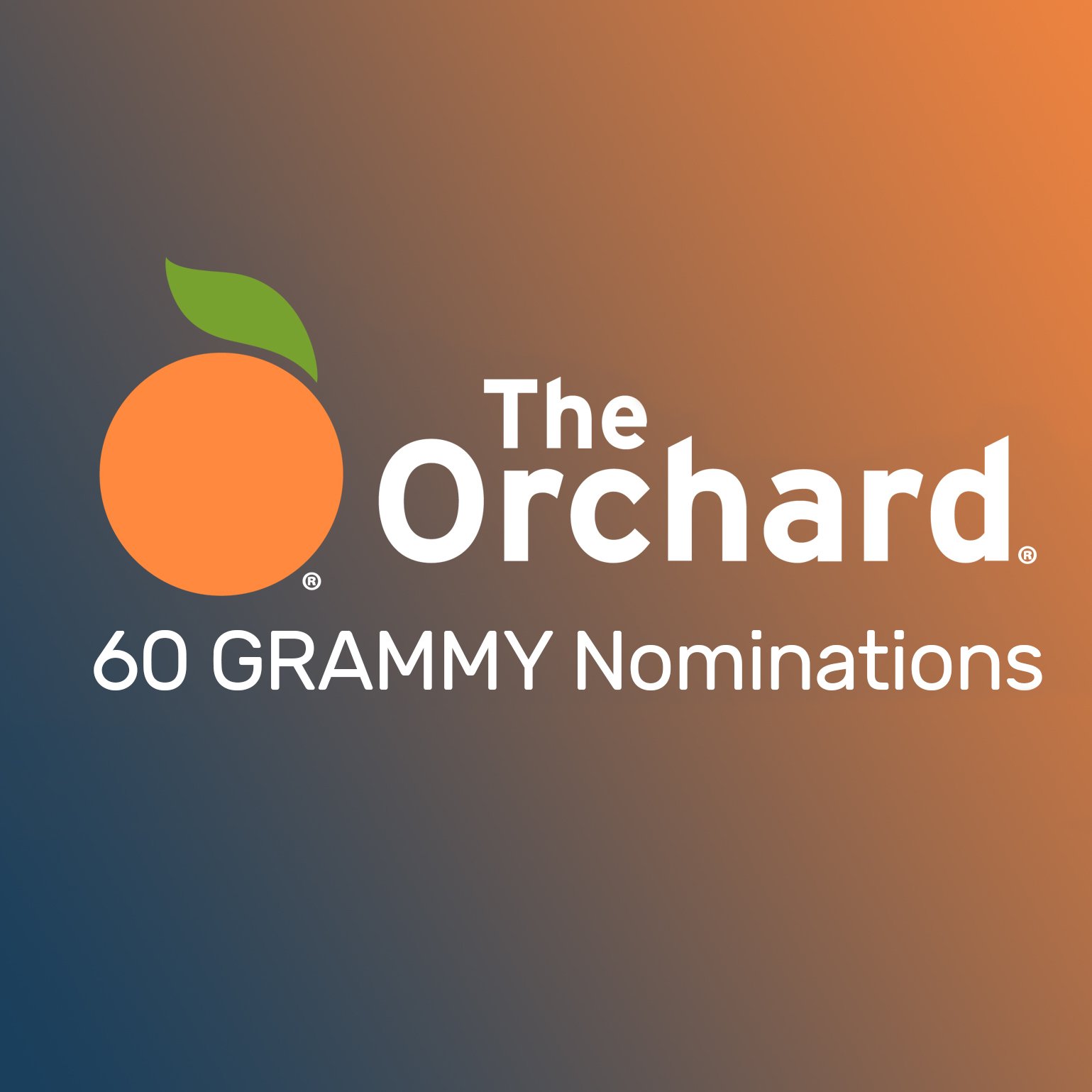 It's an exciting day across the industry as the 2019 GRAMMY Nominations are revealed. Here at The Orchard, we are proud to announce that our labels and artists have earned a combined 60 nominations this year, surpassing last year's record of 50. (mor...