Out Today by The Orchard: Floating Points, Origin & More 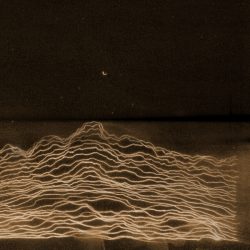 Happy Fourth of July weekend, everyone! Time to fire up the grill, watch some fireworks and get drunk on patriotism. Here at The Orchard, we’re celebrating this great nation the best way we know how: with some awesome new releases. So before you go out and enjoy the summer sun, kick off your long weekend with this week’s highlights.

Musical omnivore Floating Points released his newest project through Luaka Bop, Reflections – Mojave Desert, which features new music and a short film to go with it. Man behind the music, Sam Shepherd, flexes his creative muscles in the first of a series of recordings in different locations across the globe. The entire project was recorded in the Mojave Desert and the electronic post-rock musician incorporates the sounds of nature around him to add ambient texture to the unique and expansive sound. The mesmerizing exploration of the space is more than just a great listen, but a full blown immersive experience. Check out “Silurian Blue” below, then take a trip to the desert here.

The death grind veterans of Origin have been assaulting our ears with with their chaotically tight, technical sound for two decades, but their newest release, Unparalleled Universe, takes it to the next level. Brought to you by Nuclear Blast, the band’s seventh album features their signature power-house riffs and grindcore-inspired death metal intensity with some added depth and dynamics that keep you guessing the whole way through. Unparalleled Universe is relentlessly brutal yet impressively technical, proving that even after 20 years, Origin is still a force to be reckoned with. Prepare to get pummeled with the 360 visualizer of “Accident and Error” below, then get the full album here.

Last but not least, get your giggle on with David Dyer’s Uncooked. The seasoned comedian has been in the business for 25 years, writing for NBC’s Late Night with Jimmy Fallon and ABC’s Politically Incorrect, frequently guest hosting The Bob and Tom Show and starring in his own web series, Pillars. Performing in his Michigan hometown, Dyer puts his many experiences to good use in this Comedy Dynamics release. From his hilariously relatable storytelling to his shameless interactions with the audience, David Dyer will absolutely leave you laughing. Watch the album promotion (on a motorcycle, for some reason) before checking out Uncooked here.