Out Today by The Orchard: Bad Wolves, Adam Sanders & More 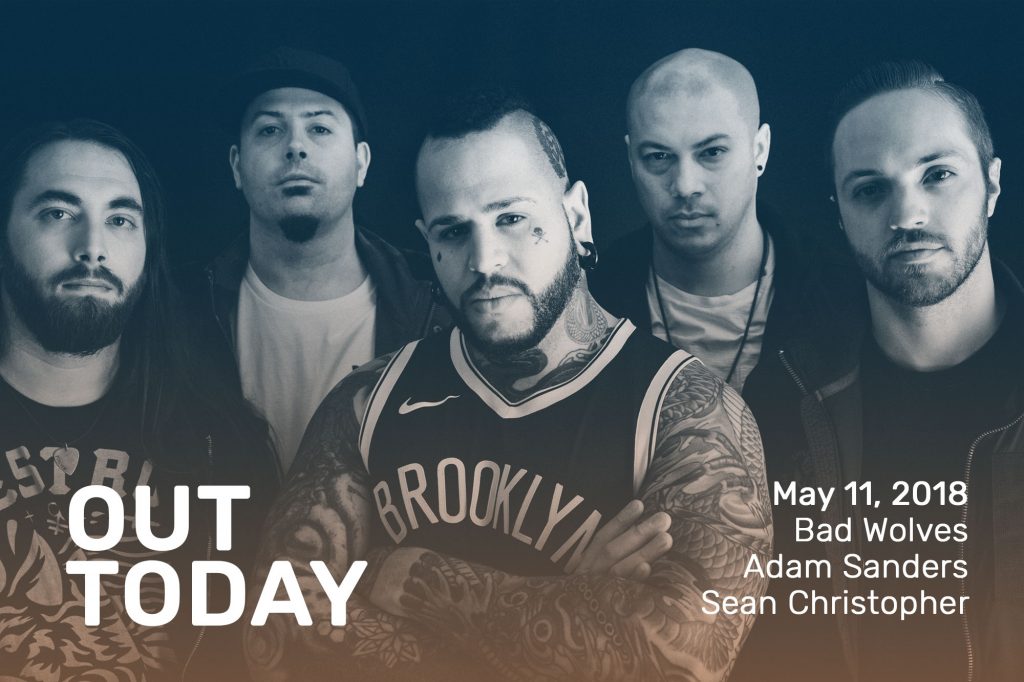 Hello friends and welcome back to another week of Out Today, where we feature great new albums distributed by The Orchard. This weekend is Mother’s Day in the states, so while these posts often starts with something like “before you head out to….,” this time you should probably at least make sure you get Mom a card before diving into the throws of these three new albums (flowers are a nice touch). This week, we have new releases from chart-topping hard rockers Bad Wolves, sweet country bliss from Adam Sanders and gentle acoustic melodies from Sean Christopher, all out today.

If you’re a metalhead, you’re probably already fan of Bad Wolves even if you haven’t realized it yet. With band members consisting of John Boecklin (ex-Devildriver), guitarists Doc Coyle (ex-God Forbid) and Chris Cain (Bury Your Dead), vocalist Tommy Vext (Divine Heresy, Snot) and bassist Kyle Konkiel (ex-In This Moment)… you really can’t go wrong. Nevertheless, these professional headbangers took their headbanging to the next level by reimagining a track that falls beyond their usual genre. Their cover of “Zombie” conquered the charts earning the group over 27 million streams, 93 millions views across YouTube and Facebook and is currently still #1 at rock radio. When describing the inspiration behind covering the track by the late Dolores O’Riordan (Cranberries) the band states, “… we don’t mourn the loss of an artist because we knew them, we mourn them because they helped us know ourselves.” Now you can listen to more Bad Wolves with their new album Disobey, featuring “Zombie” out now via Eleven Seven Music.

Country boy Adam Sanders has released his self-titled EP via Big Yellow Dog/RLM Nashville. His single “Thankful for” is an instant classic that is impossible to unglue from your head after you’ve given it a listen. A successful songwriter, Sanders moved from his native town in Florida to Nashville where he worked construction before writing songs for many of the biggest country stars including Dierks Bentley, Tyler Farr and Luke Bryant. With the art of country songwriting on his side, Sanders set out to put share his own voice and personality with the world. Check out his EP Adam Sanders now and take a listen to “Thankful For” to hear what makes his writing so contagious.

Dumont Dumont artist Sean Christopher attended the Royal Conservatory in The Hague and Codarts in Rotterdam where he studied music production and worked on music for films and television. The attention to detail in the quality of the recordings is outstanding and his music videos are just as beautiful to watch as they are to listen to. A poetic and pure sound, Christopher’s new album Yonder is out now. Listen here and watch the captivating live video for “A Thousand Hues.”

Unfortunately we’d have to be here for years to discuss every single one of our incredible new release out today. However, it’s a gorgeous Friday with shows to be seen and mothers to dote on so until next time, keep listening.