Out Today by The Orchard: Blackberry Smoke, The Aces & More 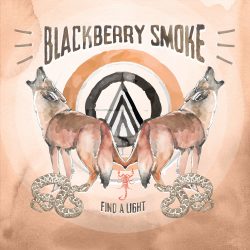 The U.S. music industry is experiencing the highest growth in more than a decade! As the week comes to and end, we thought, what better way to celebrate than by sharing some new music? Listen to rock influenced country tunes from David Lee Murphy, southern rock from Blackberry Smoke and shimmery pop from The Aces, all out today!

Blackberry Smoke released their sixth studio album via 3 Legged Records and once more, they have not stopped exploring the endless possibilities behind their production. Being their most optimistic record yet, Find a Light talks about discovering hope when times get hard. The southern rock quintet’s previous two albums topped chart and Find a Light is another creation that surely won’t disappoint. The album has been produced by the band itself with tracks that vary in style from heavy rock to country. The project hosts appearances from Robert Randolph, the Wood Brothers and Amanda Shires. Listen to Blackberry Smoke and Amanda Shires’ acoustic version of “Let Me Down Easy” below and get the full album here.

Next up, we have The Aces’ debut, When My Heart Felt Volcanic on Red Bull Records. These thirteen tracks of pure positivity and shimmer hypnotize you to get up and start dancing. The Utah-based quartet consists of Cristal Ramirez on vocals and guitars, her sister, Alisa, on drums, Katie Henderson on guitars and McKenna Petty on bass. They have polished their sound over the course of a decade of performing to arrive at this plethora of pop hits. The Aces explain the following in their interview with NYLON: “If we, as a group of girls supporting and uplifting one another, can give others the confidence to do the same, then we’ve won.” Check music video “Volcanic Love” below and get to know The Aces before your friends here.

Grammy nominated David Lee Murphy, the country singer songwriter best known for his number one hit “Dust on the Bottle,” hit the studio to come up with this 11 track album that will please all kinds of country lovers. Released on Reviver Records, No Zip Code features upbeat guitar and drums that follow Murphy’s vocals effortlessly. Murphy co-produced the album along with Kenny Chesney and Buddy Cannon. Chesney even lent his vocals to the track “Everything’s Gonna Be Alright” that was released as a single in 2017. As Murphy explains, whether you’re on the road or out fishing, this is the album that should be on your playlist wherever you are. Listen to “Everything’s Gonna Be Alright” below and access the rock infused explosive country project here.

Have a great weekend, stay connected with independent music and keep listening!