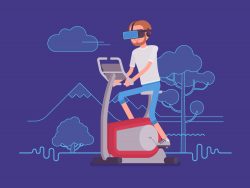 It is important to diversify in a music economy that is constantly changing, especially where licensing is concerned. While television and commercials are still great placements, it helpful to keep your eyes and ears open to finding the next best thing. Think of all the games, apps (not just music centered), experiences and even workouts that set the stage with incredible soundtracks. After all, we truly live in a world of screens lending itself to unlimited potential possibilities for sync and licensing.

Fairly licensing music to companies at an appropriate value will generate a higher ROI to rights holders, and will be protected if (and when) new legislation takes place. Here are three positive trends and companies that you should be licensing your music to.

Snapchat incorporated music into their strategic plans using “filters” with snippets of tracks, integration of Shazam and partnerships with popular artists (Madonna and the Weeknd) to debut videos. There are over 173 million daily active users, which translates into significant promotion and publicity for artists featured on Snapchat filters. Consequently, by regularly paying licensing fees, the company has created a mutually beneficial relationship with the music industry.

Fitness is not a new trend in 2017. However, the integration of fitness and tech is. Peloton capitalized on one of the largest trends and cult obsessions: indoor cycling. People can cycle from the convenience of their homes. Peloton is a subscription-based service that offers on-demand cycling classes in addition to live streams. Synchronized music is an integral part of each cycling class. As a result, there are various licensing opportunities. Placements in a Peloton class have a potential to reach 500,000 (and increasing) subscribers.

In 2017, 55% of on-demand music streaming consumption was from video streaming. As virtual reality begins to become the new norm, the ability to monetize will aid in overall revenue growth for the music industry. MelodyVR, a virtual reality music platform, signed multi-year licensing and distribution deals with Sony, Warner and Universal Music before it even launched. In addition, virtual reality often ties into the live music sector by featuring live concerts of artists; thereby creating another potential revenue stream for rights holders to benefit.