The Orchard Takes On Oslo at by:Larm! 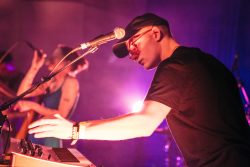 by:Larm is a music festival and conference held annually at various locations in Norway since 1998, deemed the most essential meeting point for the Nordic music industry. This year by:Larm was held in Oslo from February 28-March 2. The Orchard from the U.S., UK, and Nordic teams were present.

The week-long event consists of two parts. The conference is a meeting place for the Norwegian and foreign music industries. A series of lectures, seminars, and debates are held during the day. The festival shows take place at night and are open to the public. Their main focus is to present artists on the verge of success, domestically and internationally.

This year The Orchard saw over 30 artists performing at venues all over the city. Our very own Chris Haaland and Nikoo Sadr represented The Orchard in panel sessions at the conference.

As an official partner, The Orchard hosted an exclusive delegate area, in addition to presenting ten concerts throughout the festival. The Orchard Bar was a place to network and hang after the conference, and also to take a breather between shows. Every night The Orchard Bar was packed with delegates and guests.

The first day was kicked off with a happy hour with food and drinks from 4pm, followed by DJ sets and shows presented by The Orchard at a neighboring venue featuring Delishofficial (NO), ViVii (SE), and Selma Judith (DK). 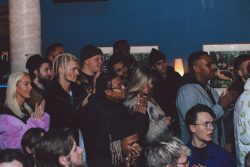 On Friday we hosted a conversation about how streaming opens room for established artists to experiment and engage their audience in unexpected ways. We talked about this in relation to Norwegian hip hop group, Karpe, who released a one track album (30-minutes in length) the week before. Following the panel, we had Norwegian hip hop act Dutty Dior perform a set with Isah. The evening was followed by DJs curated by The Orchard, in addition to a DJ set by one of the festival’s biggest hype band named .brenn. 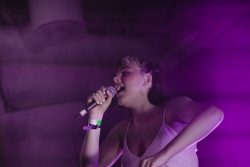 On the third day of the festival, we decided to take a different approach to get conference attendees still excited about panel content. The Orchard Country Manager of Norway, Sveinung Rindal was the moderator for the day’s panel discussion “off:Stream – how to succeed in a niche market.” This was a huge success attracting people who hadn’t been to The Orchard Bar earlier in the week. The panel was capped with an acoustic performance by Julietnorth. Additionally, the day included four other shows curated by The Orchard, with sizeable crowds moving along between the concerts and The Orchard Bar. Our participation at by:Larm ended with a Happy Hour, framed by concerts featuring artists Ousu Leigh (NO), Fallulah (DK), TØFL (NO), and STORME (SE).

A huge thank you to everyone who hung out with us at The Orchard Bar and throughout the week at by:Larm. We had a great time and can’t wait for next year!