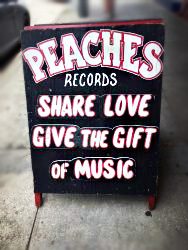 Greetings from the physical sales department! For my latest installment on the coolest independent record stores in that nation, I’m taking you down to New Orleans to Peaches Records and Tapes. I recently had the pleasure of stopping in when I was down in the Big Easy for Record Store Day Summer Camp and had a blast.

On arrival, the sandwich board out front welcomes visitors with “Share Love & Give the Gift of Music.” Named after the classic Allman Brothers Band album “Eat a Peach,” Peaches opened in 1975 in the Gentilly region of New Orleans.

The indie retailer has been an integral part of the music community and is a true mom and pop business. The family run operation, owned by Shirani Rae, has blossomed with the help of daughter, Lillie and son, Lee who started early, gaining their first retail experience as toddlers. 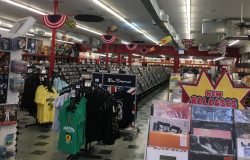 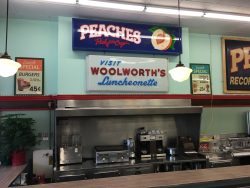 In August of 2005, the devastating hurricane Katrina barraged the city. Sadly, the storm wiped away and affected so many neighborhoods in New Orleans including Gentilly. The store and owner’s home were decimated, but the family and city resoundingly came back. In 2008 as a labor of love to the city, the family took over the Tower Records space in the French Quarter, where they continued to thrive in that location until their recent move in 2016. 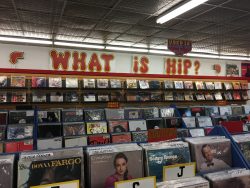 Peaches opened a new home Uptown, on Magazine Street in July 2016, offering 15,000 square feet in an old Woolworth’s Five-and-Dime store. The location came equipped with the original lunch counter space where the store conducts pop up food events. Recently, there was a Miles Davis themed The Birth of Cool dinner served. In October there will be a Sgt. Pepper themed meal cooked and served by chefs from the legendary Commander’s Palace. The new uptown spot hosts a variety of special events including record release parties, video shoots and book signings. Recent in-stores include David Banner, Sammie, Big Mike, Stanton Moore with upcoming appearances from Ellis Marsalis and Nick Hakim. 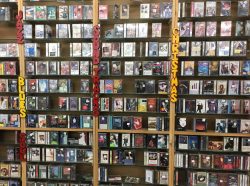 Peaches continues to carry a deep selection of music from every genre. The selection of Louisiana based music is particularly extensive, with everything from classic cajun/zydeco, rhythm & blues, jazz and rock & roll. There’s more than CDs and LPs in the shop with videos, books merchandise and apparel–even a large section of a wall devoted to audio cassette tapes!

Music lovers who come in to find a certain CD, cassette or vinyl album often walk out with new musical discoveries, as the staff at Peaches is always helpful and personable. So if you find yourself down in New Orleans, a visit to Peaches is an absolute must! 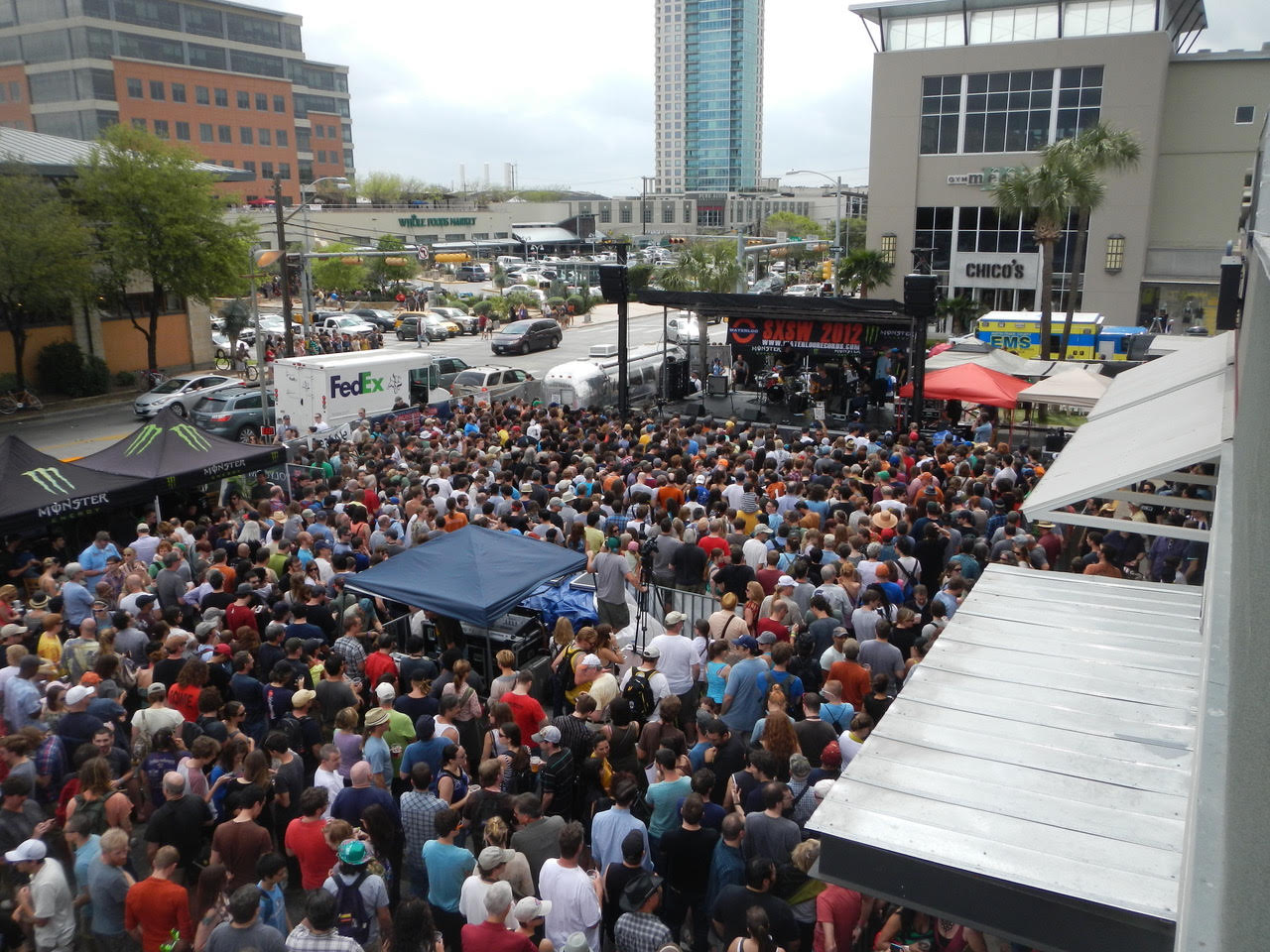 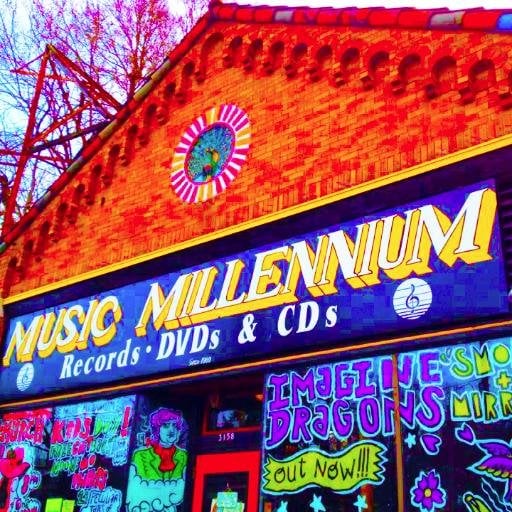 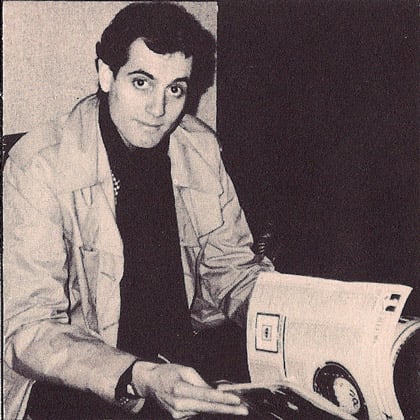 Imagine New York in the late 1970s: the post-punk era, smoky underground clubs. There is where the terms ‘Mutant Disco’ and ‘No Wave’ were forged and brought to live by an élite group of artists: musicians, poets and painters willing to break with the past,...