The Many Sounds Of ‘Stranger Things’ 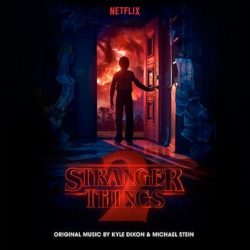 The leaves are changing, the weather is cooling, and the inevitable approach of creepy and mysterious has begun. In recent years, horror and science fiction has kicked into high gear in an formerly unlikely setting, television. Themes captured in shows like, American Horror Story and Bates Motel, were previously only depicted in cinema and definitely unheard of on cable due to their twisted and often graphic nature. Preceded only by the popularity of classics such as The Twilight Zone or Buffy, recent supernatural thrillers have developed into a television phenomena, breaking through the predictability of sitcoms, crime or hospital dramas we have grown so familiar. Coming back for a second and highly anticipated season, Stranger Things will be available Friday, October 27th, on Netflix. And we’ll tell you why The Orchard is so excited.

If you’ve listened to a soundtrack recently, it was probably thanks to the label Lakeshore Records. From The Walking Dead to Mr. Robot, Master of None to The Handmaid’s Tale, Lakeshore Records is home to more pieces of television tunes than you could imagine. Yes, that includes Stranger Things 2 (A Netflix Original Series Soundtrack), released October 20th with music scored by Kyle Dixon and Michael Stein. If you’ve experienced the series you know the music and creepy tones are half the fun of watching. The subtle build and chilling reverb of the theme song creates a dramatic and frantic sense helplessness without making it past the title.

If you’re into the nostalgic sounds of analog synth, paid any attention to the music industry in the past two years or simply like the show, then you’ve also heard of Dixon and Stein‘s band, S U R V I V E. Stranger Things creators the Duffer Brothers, liked their sound so much they invited the pair to capture the retro theme of the show along with the eerie and creepiest scenes guaranteed to send shivers down your spine.Along with another incredible label on The Orchard roster, S U R V I V E dropped their last full-length RR7348 via Relapse Records and are planned to release a 4-track EP of remixes and reimagined tracks on November 3rd, titled RR7387.

Okay, maybe not EVERY song in the series is by the talented duo. There are a few songs sprinkled throughout designed to throw us back to the magical land of the 1980’s. Known for big hair and power ballads, The Orchard had a hand in syncing some of these oldie but goodies from our musical time capsule. Last season, The Orchard sync department landed Modern English‘s “I Melt With You.” Originally released in 1982 via Richard Gottehrer’s own Sire Records, “I Melt With You” has been a part of The Orchard catalog since we were a mere twinkle in Richard’s eye.

So get your bikes ready, and tune in THIS FRIDAY, October 27th to see what’s next for Will and friends and what really did happen to Barb.