The 2022 Steppeulven Awards took place April 3, celebrating Denmark’s most talented musicians. Danish Music Critics have been spearheading the annual awards show since 2003. Honoring all forms of musicians from large bands to individual singers, writers, and producers, the ceremony represents the best Danish music has to offer. This year, The Orchard sponsored the “Release of the Year” award. We are proud to announce that three of The Orchard’s distributed artists took home awards at the show across multiple categories.

Guldimund was nominated in three categories – Songwriter of the Year, Musician of the Year, and Release of the Year. He swept all of those nominations, taking home three trophies. Celebrating a long and decorated history in the Danish music scene, Guldimund’s recent album Dem, Vi Plejede At Være shines with its unique approach to folk music. Infusing tradition with fresh vocals and eloquent lyricism, the album struck a chord with longtime indie fans and new listeners alike. A storyline about the challenges of love is the undercurrent to the album, seamlessly combining emotional depth with musical virtuosity. The fleshed out instrumentation rounds out this work, leaving no doubt as to why Guldimund found so much success at the Steppeulven awards this year. Listen to more from him here.

Three-time 2022 nominees Iceage won Composer of the Year and Producer of the Year. Formed in 2008 by singer Elias Bender Rønnenfelt, guitarist Johan Suurballe Wieth, bassist Jakob Tvilling Pless, and drummer Dan Kjaer Nielsen, the band has had a decades-long career. The secret to their success is clear: powerful, expressive rock music that allows each member’s talent to shine. Their 2021 album Seek Shelter is a vibrant display of their virtuosity. Both awards point to a continually bright future ahead. Listen to Iceage here.

Kenneth Bager of Music For Dreams received the Pioneer prize. Every year, the award serves to honor a person who has had an extraordinary impact on the Danish Music Industry. As a musician, Bager certainly exemplifies everything this award stands for. He received it with these words (translated from Danish): “The pioneer… [is] not really a musician at all… [music] needs someone to come with some big ears and say: This is poppin’! And who afterwards takes the music under his arm and plays it for other people. At a club, at a bar, on the radio or placing the song on a well-curated playlist or compilation. This is the trademark of the Pioneer of the Year. He also makes music himself, and then he is a mediator of music. For more than 40 years he has helped musicians and songs find an audience”.

Congratulations to The Orchard’s nominees and winners! 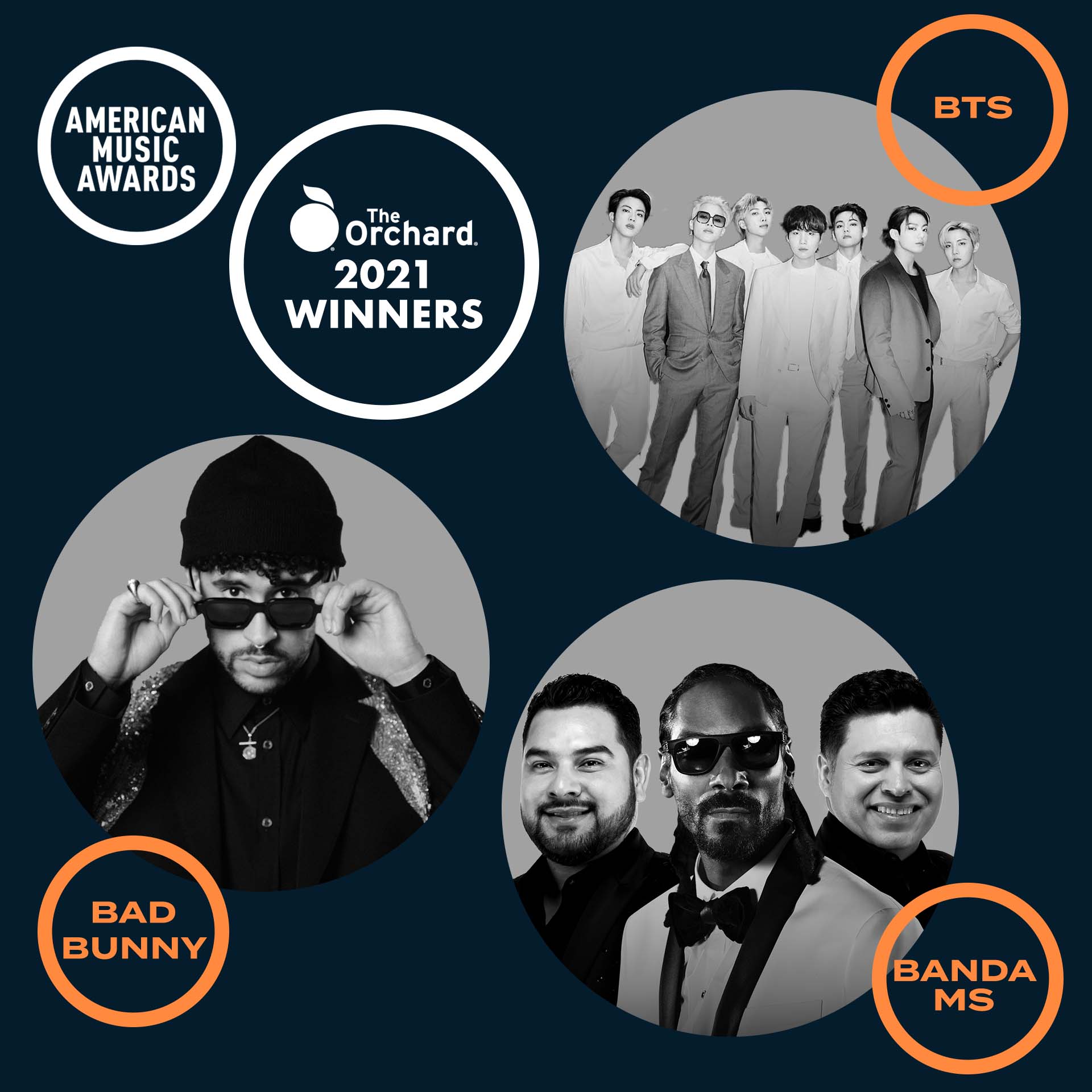 The 49th Annual American Music Awards took place yesterday at the Microsoft Theater in Los Angeles, recognizing the most popular artists, singles and albums of 2021. Cardi B energized the crowd as the host of the infamous event, the second female rapper in...