Creative Promo Tools That Will Stop Fans In Their Tracks 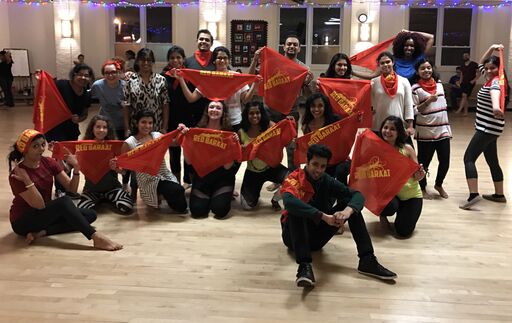 Your advertising plan is in place, you have a great digital marketing campaign lined up and you have a complete album that’s nearing its release date. What could you be missing? An engaging physical promotions plan can truly enhance your marketing efforts by sparking a conversation, capturing people that might not have heard of your release, otherwise.

Our College & Lifestyle Marketing Team utilizes physical promo tools daily in the campaigns we run. After experiencing a wide array of promotional tools we’ve put together tips on how to choose impactful promotional tools.

Pull from your album themes and take advantage of your artwork.

Matt Costa’s Santa Rosa Fangs: Toothbrushes & Stickers –The toothbrushes quite literally played in with the album name. Reps used these in more ways than just brushing their teeth though – they posted pictures and videos of people using toothbrushes to do a variety of tasks and shared these across their socials tagging Matt Costa. 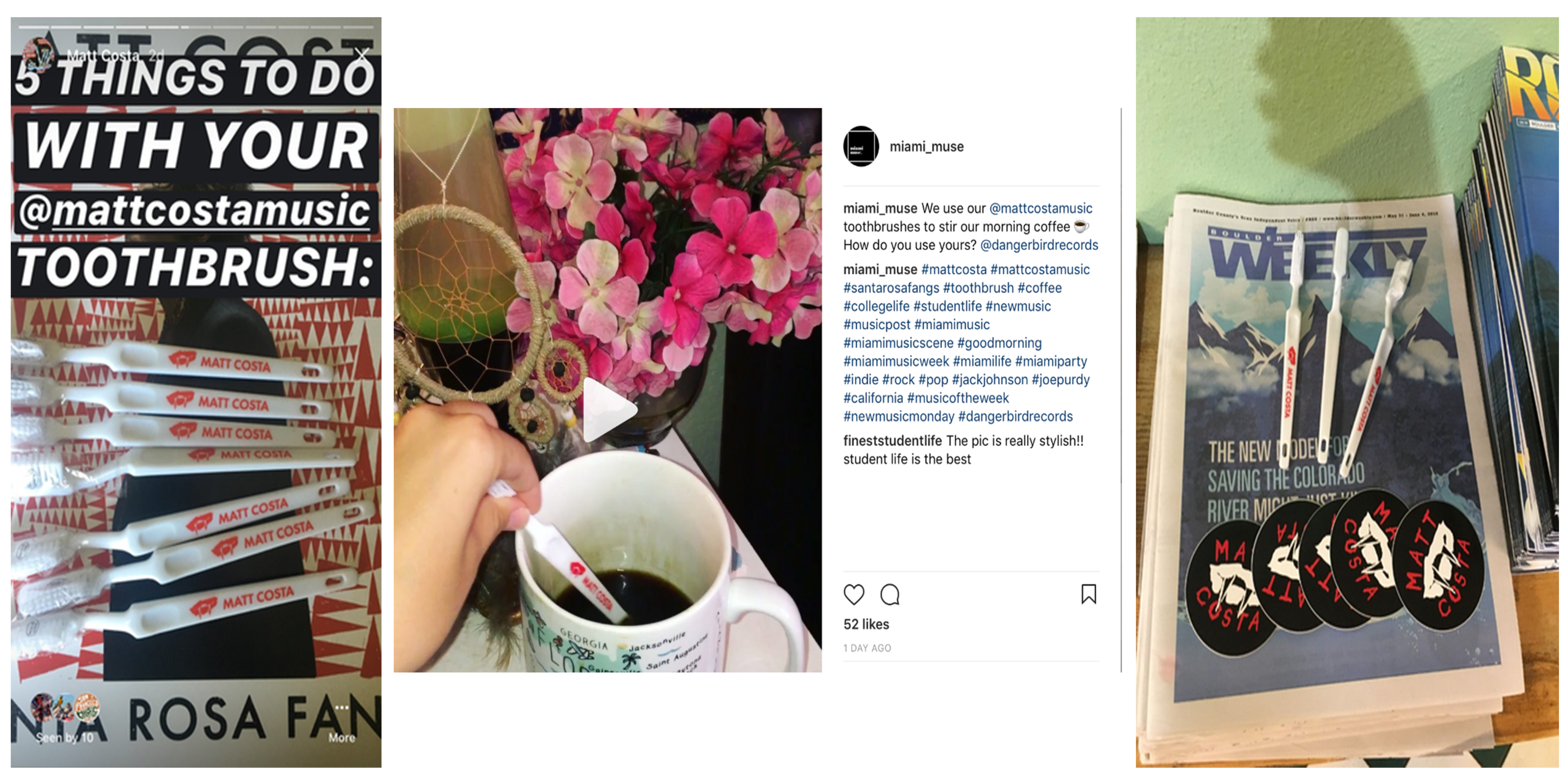 Dr. Dog’s Critical Equation: Round Stickers, Round Buttons, & Posters — The artwork for this album was very eye catching and the label used this to their advantage by streamlining their promotional tools to reflect the album artwork.

Keep your target demographic in mind.

Slightly Stoopid’s Everyday People, Everyday Life: Rolling Papers, Stickers & Posters — Along with posters and stickers, Reps were able to hand out rolling papers to smoke shops and essentially anyone they saw smoking.

Julian Lage’s Arclight: Guitar Picks, Stickers & Posters — Our College Reps focused on leaving these behind at music stores and distributing them to students studying music performance on their campuses.

Go for something, beyond posters, that’s more memorable but still allows for branding.

John Prine’s Tree of Forgiveness — We worked with a slew of promo for this campaign! We handed out bumper stickers, matchbooks, coasters, and posters with album branding on them. These items were taken to bars, smoke shops, and various relevant lifestyle accounts where some of our Reps ran into John Prine fans and began to talk about the first time they saw him live.

The Glitch Mob’s See Without Eyes — We also worked with multiple items on this campaign: stickers, t-shirts, buttons, rolling papers, flexi-postcards and temporary tattoos. Reps were encouraged to leave merch bundles at local record stores and share the location of these bundles across their socials. In some instances, the record stores also posted about the free Glitch Mob merch bundles on their socials while creating awareness about the new album.

Need some more ideas? Here are examples of what we’ve seen work and quotes from our College Marketing Reps:

“Through my experience, I have found using unique physical promotional tools allows for better engagement between the fan and artist. A specific time that stands out to me is when I passed out Lissie sunglasses to my colleagues for her album Castles. The use of custom sunglasses versus just same old posters allowed for a much more fun and interactive experience. Also, I found wearing the glasses out in public caught the attention of other people and made them curious of who Lissie is and what the glasses were specifically for. This helped better promote the album overall.” – Bri Bacchus, Miami College Marketing Rep

“I had a particularly great experience handing out Let’s Eat Grandma pins on Columbia’s Campus. Everyone I gave a pin to loved the design and was excited to wear the pin right away. I had several people ask me questions about the band and their new album. It was really helpful that all the band’s online information was written on the back of the pin, too, because I had a lot of people asking where they could listen to the new record.” – Claire Hawkins, NYC College Marketing Rep

“ When we had drink koozies for Elliott Brood, I took them to their live show and passed them out to all the people with drinks! It was a great conversation starter and the band even came by and asked if they could have some” – Madeline Hooten, San Francisco College Marketing Rep

“It was so fun handing out tambourines for Red Baraat! I think their decision to create a unique, interactive item for the promotion of their new album definitely made anyone who received it more inclined to look it up afterwards. Whenever I asked someone if they wanted a tambourine, they would be visibly excited and would immediately want to use it. I had countless people ask me questions about the band and tell me that they were looking forward to listening to their music after receiving such a fun item, which was really awesome to hear! “ – Devon Minuto, Philadelphia College Marketing Rep

There you have it — creating physical tools will not only spark memorable attention to your release but they’re pretty fun too! 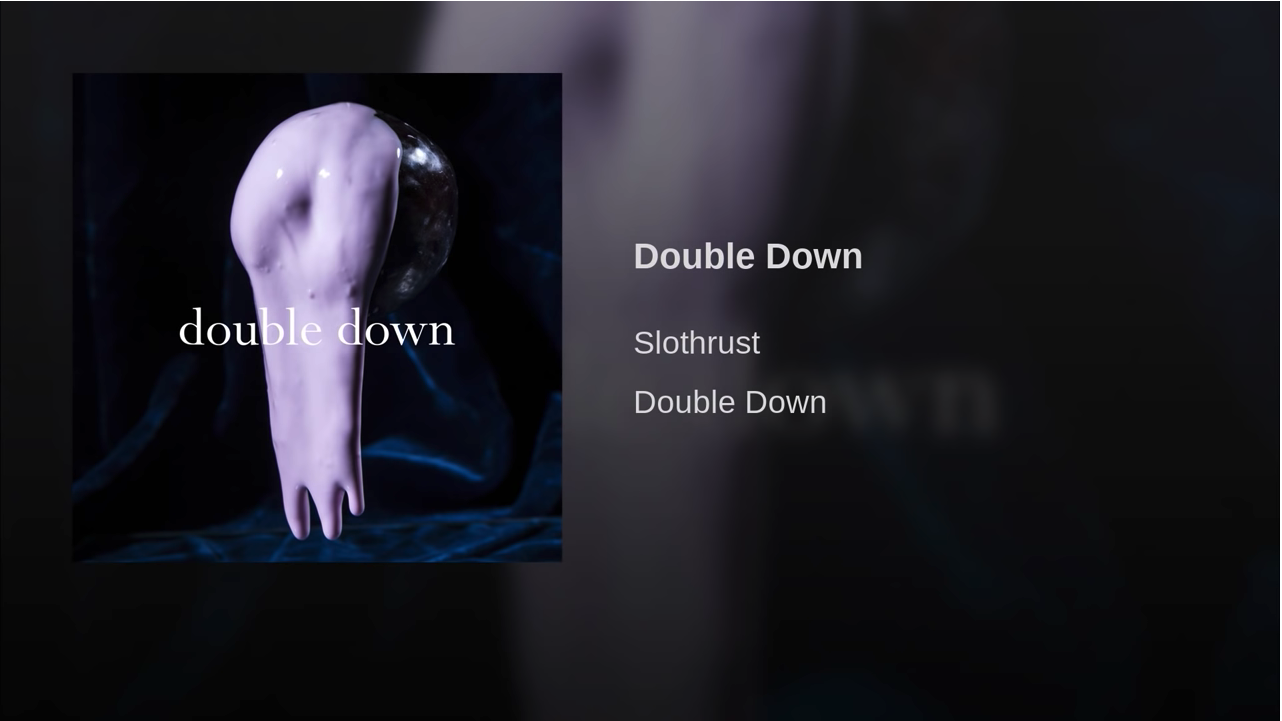 Music In The Form Of Art Tracks

If you’ve listened to music on YouTube within the past several months you almost certainly have come across Art Tracks, which are recognizable by the album artwork and text displaying the artist, track title, and album title. As a content creator, you may b... 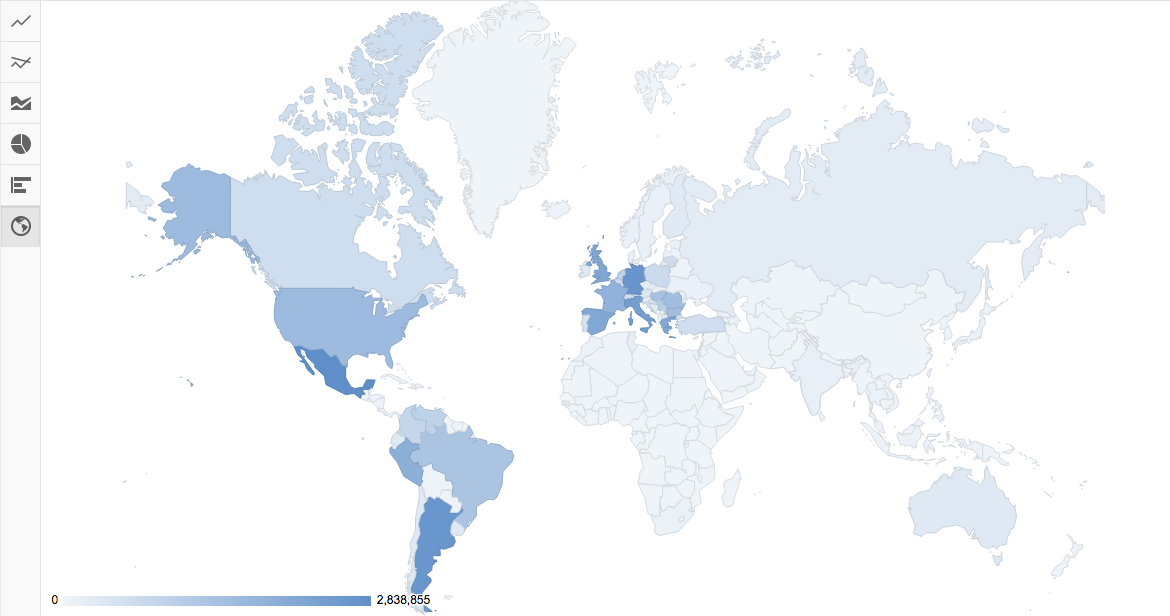 When uploading a new video on YouTube, there are a few basic to do’s to make sure your content is discoverable across the platform, for instance a compelling title and an optimised description. But that's not all: Considering that 60% of a channel’s views c... 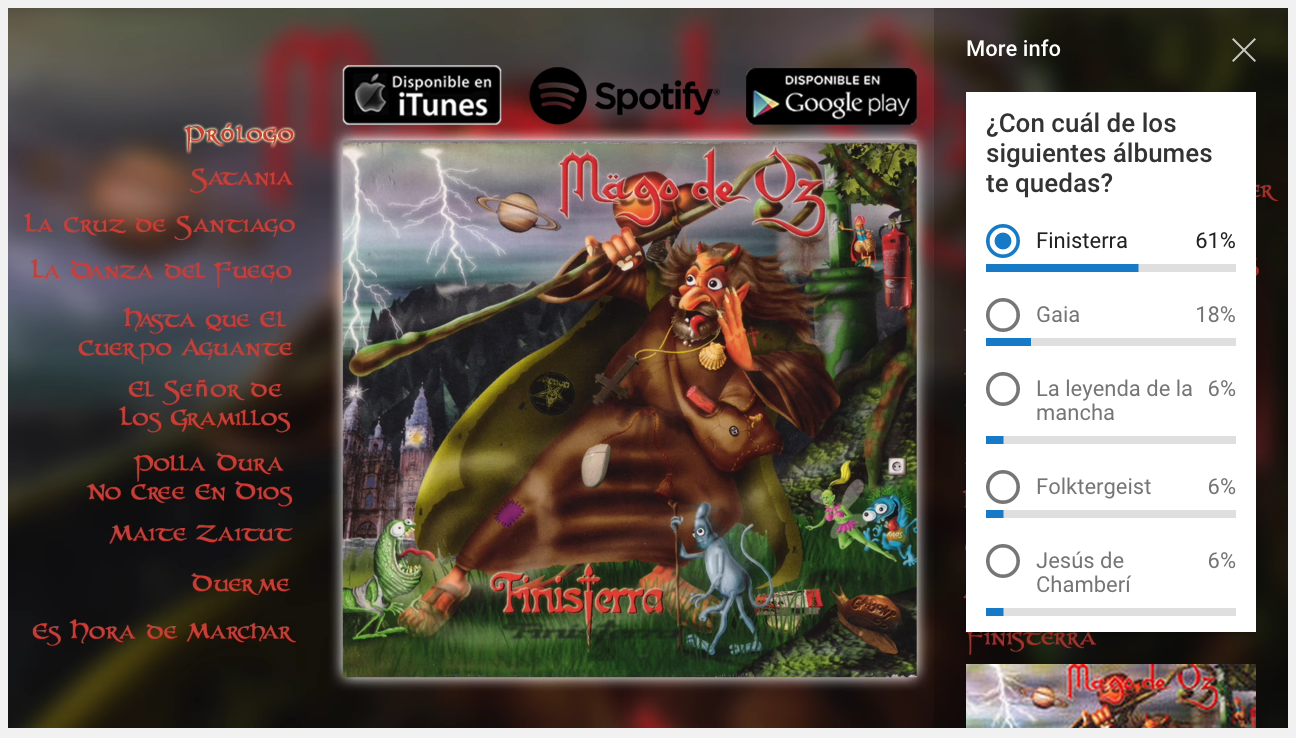 It's been a while since YouTube rolled out its Cards feature -- the mobile-friendly evolution of annotations -- which has proved to be a powerful tool to increase engagement and click-through rates. In the past, you could choose between four types of cards:...