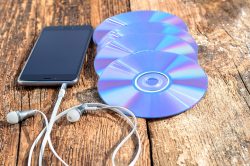 Once upon a time, in a world where streaming wasn’t yet created, the only way to measure the success of a song or an album was to measure the number of purchases.

As with many data indicators, once the information is pulled and used, the data often loses meaning. If you think about the current streaming era, you’ll see how this form of measurement has hidden/deformed a lot of valuable information and gave us a blurred vision of music consumption, especially during the last years of the CD era.

During the CD era, success was measured in purchases and not what was actually listened to. This makes a big difference in several situations:

Those who have been in the industry for some time now remember the last call before Christmas, where all record labels were releasing their biggest recordings of the year to make sure they would multiply their sales with the Christmas gift surge. Many of these gifts were never listened to or even unpacked but were counted regardless. This gave an advantage to big names since consumers were just buying the number one hit of the moment for their last minute Christmas gifts.

In order to be included in the single charts during the CD era, your track needed to be released as a single. This created two sub-markets, one for singles and the other for albums. Now, in the streaming era, there is only one market: tracks. For this reason, you can sometimes find all the tracks of an album in the top charts, which was just the case for Ed Sheeran‘s new music. With this new model it’s definitely the end of single albums (no more paying $20 for a full album only to discover the one good track was the radio hit). This could also be a flashback to the 50s or 60s when albums were primarily compilations of singles opposed to concept album.

Most of us remember, Napster, the MP3 and the ‘collapse of the industry’ which lasted more than 10 years, but piracy had also an impact on catalogs and consumption. During those years, labels invested much more in adult music catalogs than teenagers’ catalogs because only adult music continued to be purchased whereas teen music was pirated. While many studies show you listen to more music when you’re young (and you’ll always listen to the music of your 20s for the majority of your life), that means that there has been a huge gap between what the charts showed and what was actually consumed at the end of the CD era. For instance, before the recent charts of the streaming era, EDM and urban music were still considered genres when they were clearly becoming the new pop.

The CD era had no alternative to genres. To find the release you wanted you needed to know the genre to find the right section and, when you were an electronic lover, you didn’t even bother looking in the pop section! Now with search engines and mood/moment playlists, rigid genre definitions are over and the hardcore metalhead can resume his love for sweet pop with the hidden listening function.

With the weight of gifts for CDs, there was a concentration of releases in October and November to benefit from the Christmas boom. In turn, especially in France, there was an absence of releases during the summer as people were rarely visiting physical stores. Now with streaming, you can and must release new tracks throughout the year. You can even release a winter track in the summer as it’s always summer somewhere and winter somewhere; just pitch it the right way!

So fellow A&R reps and marketers from the streaming era, never forget these 4 points: Think about every track/single, release all year long — even during the summer, forget about genres, and never forget the best driver is the track itself!