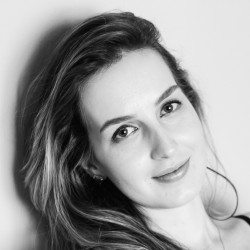 We know that our South American presence is a crucial branch of The Orchard tree, but what the #&@$ do you do, Sylvia?!!?
As a retail manager, I have to be close to the main digital services in Brazil and guarantee they are aware of our content, so we can secure good features for new releases, be part of special promotional initiatives, and be the first to know about something important to our labels, like a new tool or campaign. The other part of my job is taking care of our clients. The kind of support I give to each one varies a lot, from operational support and providing reports and data to more hands on things like planning socials schedules and analyzing accounting. Last, as a YouTube account manager, I oversee 35 channels partnered with our network, providing support to our clients and helping them optimize their channels. Oh, and of course, I also keep my eyes open for potential new clients for us in Brazil.

Did the Olympic Games have any effect on business for the Brazil office? How did the games change your day-to-day work and the campaigns you worked on?
We were totally involved in the Olympics as Som Livre was the official record label of the Rio 2016 Games. We released official content (including the official song of the Rio Games) in Brazil and 11 other territories. It was an intense process with a lot of new information coming every day.

Throughout the Rio Games, we worked alongside the International Olympic Committee. In July, Som Livre got the license to distribute the official content in 11 territories outside of Brazil. Cat Kreidich [Ed. VP, Global Account Management at The Orchard] helped me get the global team on the same page and we coordinated pitching to the main digital stores and worked on placements in advertising campaigns. We had a tight deadline but in the end, the result was great. We secured placement for Som Livre official Olympic content in almost all territories, including showcases on the main music page on iTunes and Apple Music. Ultimately, my role here was to understand what content we had and how it could be distributed (there were some limitations from the Olympic Committee). I communicated to our team and explored all the possibilities we had to promote our content and have a great sales performance.

We hear that you’re an active person. Do you practice capoeira or can we find you dancing samba in the club? What other things do you like to do outdoors in Rio??
First I will tell you the difference. Despite having music and acrobatics, capoeira is a martial art and we usually refer to as a game. I’ve never tried it, but my 2-year old son, Antônio, is taking capoeira classes at pre-school. You can’t imagine how cute it is to see a little boy trying to do that! And what I can say about samba? In Rio de Janeiro, you can’t stay too far from it. It is not one of my favourite genres, but I do love the Carioca Carnival Parade. I’ve been in the parade two times, including this year. It was very special because my school samba (Mangueira) was the champion of the year!

My house is very near the Rio de Janeiro Botanical Garden. I usually go there on the weekends with Antônio. There, you can walk protected from the sun, covered by huge old trees, sit in a very charming cafe and visit a small museum dedicated to Tom Jobim, the composer of “Girl of Ipanema.”

favorite Olympic event to watch: Gymnastics. I became a fan of Simone Biles! :)
favorite Brazilian dish: Brigadeiro (which is actually a dessert)
if you could have dinner with anyone: Usually my favorite things are in the past: art, movies, music, style… I would love to be 20 years old in the 60s! But back to your question — can I have a table for 6? I would say Nina Simone, Grace Kelly, Catherine Deneuve, Meryl Streep and Woody Allen. Yes, I know some of these people are not alive, but please accept that as a poetic license.
random fact: When I was coming back from my honeymoon in Paris, about 10 minutes after the plane took off, one of the turbines exploded! We could see fire from the window, people crying, hugging, and I was thinking: “Oh my God, am I going to die today? That’s it?” The pilot controlled the plane and we landed safely in the airport, like in a movie: ambulances, fire trucks, police, etc. When we arrived in Brazil the day after, there were journalists waiting for us in the airport, my husband gave interviews, they filmed me crying and hugging my parents… Crazy, scary, nothing romantic — that is how my honeymoon ended. You know, I am writing this right now and I just realize I deserve a second honeymoon! :)